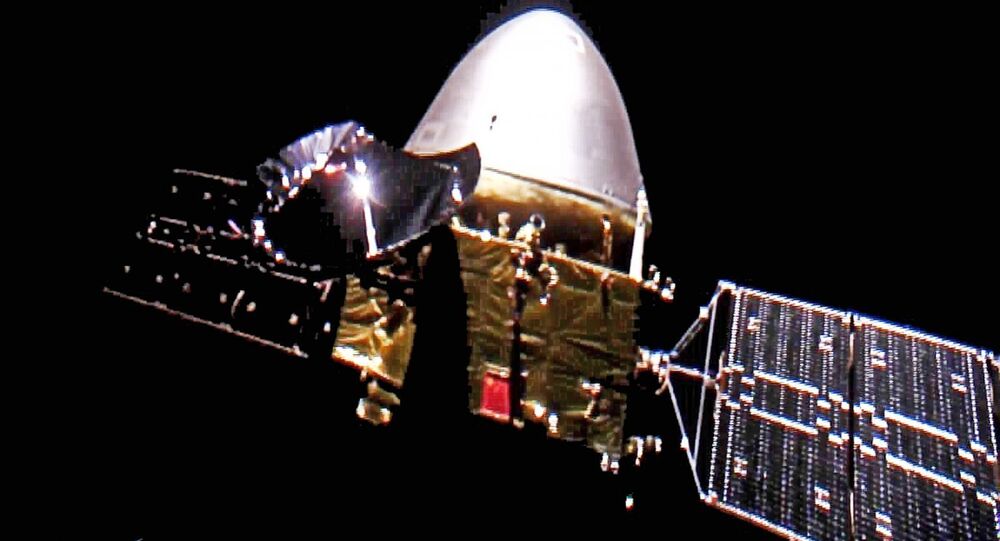 The Tianwen-1 probe of the China National Space Administration (CNSA) was successfully launched from the Wenchang Spacecraft Launch Site on July 23, 2020, and has been orbiting Mars since February 10. The interplanetary mission comes as China’s second attempt to reach the Red Planet following a 2011 Mars mission dubbed Yinghuo-1.

Citing CNSA sources, Chinese state media confirmed that the Tianwen-1 probe successfully touched down on the Red Planet on May 15.

Reports of the historic event came hours after the Chinese space agency announced the tentative landing of the probe. The 5,000-kilogram (11,000-pound) spacecraft in question consists of an orbiter, deployable camera, lander and Mars rover Zhurong.

“Tianwen-1 probe has functioned normally since its successful launch on July 23rd, 2020,” the CNSA said in a Friday morning statement.

At the time, officials slated the landing for some time between May 15 and May 19 (Beijing Time).

The Chinese space agency also noted the probe would likely land in Utopia Planitia: the Red Planet’s largest recognized impact basin, with a diameter of around 3,300 kilometers (2050 miles).

Prior to the reported landing, the CNSA touted that it had amassed a “huge amount” of scientific data while orbiting Mars.

AIDS Epidemic Could Have Began With Starving World War I Soldier, Book Claims

‘No Use at All’: Finnish COVID-Tracking App Criticised for Low Efficiency

Scientists Have Determined the Location of the Most Distant Known Galaxy