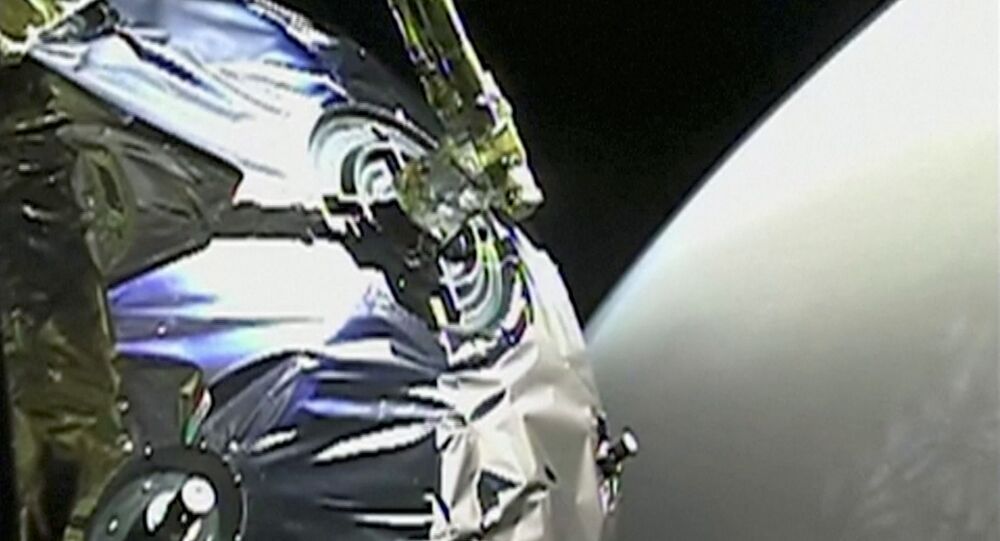 The China National Space Administration (CNSA) joined the rat race to explore Mars after the launch of its Tianwen-1 probe, consisting of an orbiter and a rover named Zhurong, which entered Mars orbit on 10 February 2021.

CNSA has announced that based on the current flight situation of the probe, Zhurong will be landing on Mars’ Utopian flatlands between early May 15 and May 19, Beijing time. According to observers, the landing could come on the 15th, since Tianwen-1 was spotted likely engaging in a maneuver to prepare for launching the surface lander earlier on Friday.

​This represents a large leap for China as the 46th human mission to Mars since the former Soviet Union attempted to launch a Mars-bound spacecraft in 1960. So far, only the US space agency NASA has successfully operated a rover on the Martian surface, although the USSR landed a probe on Mars and several European probes to the red planet crashed.

I lost the Tianwen signal at 16:08. This is a strong indication that Zhurong will indeed be landing tonight. The spacecraft is preparing for a manoeuvre, probably the burn that brings it to a collision trajectory with Mars. pic.twitter.com/Pd3ENbkX1N

Wow, the Tianwen-1 signal is back on the high gain antenna. So, by now the lander/rover stack is on its on. Good luck! pic.twitter.com/gqNj8GCoKo

​In 2016, NASA reported that it had found underground ice in the region estimated to be the size of Lake Superior. That same year, China announced its exploration program with the intent to explore, investigate soil and water samples, study the physical geography and inspect the climate.

Stay tuned. The #Tianwen1 rover, Zhurong, will attempt to land on Mars today! Good luck to the whole team.

This image shows the locations of all successful Mars missions and the intended landing site for the Tianwen-1 rover. pic.twitter.com/REQcaRiPkc

​The rover Zhurong, named for the Chinese god of fire, is expected to last a little over three months and will remain in contact with China’s other rover, Yutu 2, which is currently exploring Earth’s moon. The United Arab Emirates also launched the Mars Hope probe in their expanding pursuit of studying organisms in space, but it is only an orbiter.

Last month, China launched the first module of its own space station mission into low Earth orbit on a Long March-5B rocket, with an operation date of 2022. There are expectations that the space station will operate for 10 to 15 years, and will include four crewed missions.

NASA blasted China earlier this month after debris from the rocket plunged into the Indian Ocean.