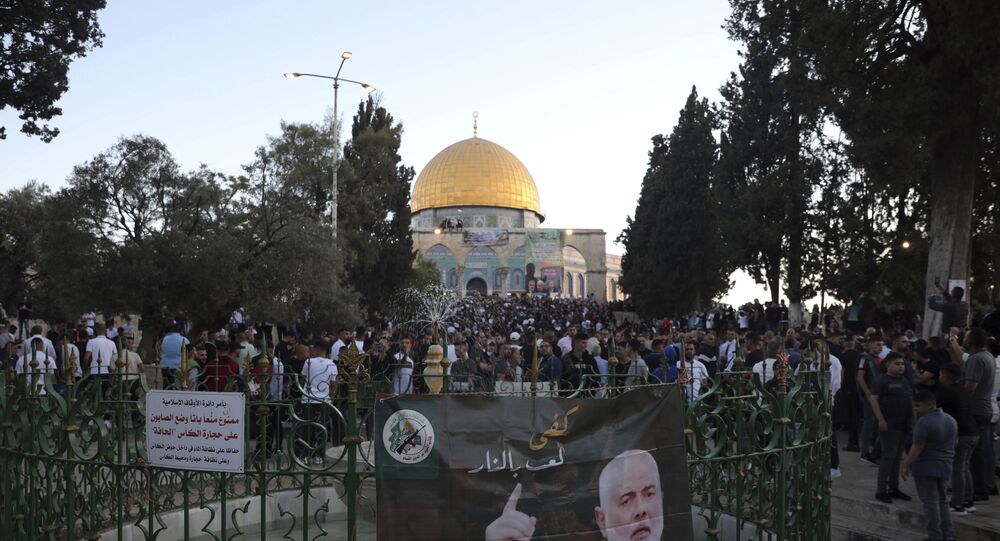 Violence in the West Bank has continued for the fourth day after clashes erupted between Palestinians and Israeli riot police in East Jerusalem on Monday evening provoked an exchange of rockets between Hamas and Israel.

Watch a live broadcast from Jerusalem’s Old City as hostilities between Israelis and Palestinians continue.

Violence erupted in East Jerusalem at the beginning of the week after an Israeli court ordered that several Palestinian families should be evicted from the Sheikh Jarrah neighbourhood. Clashes that began at the Al-Aqsa compound escalated into a large-scale confrontation with Hamas and Israel exchanging rocket fire.

US Forces in Syria Transfer 40 Daesh Militants to Base in Hasakah Province, State Media Report