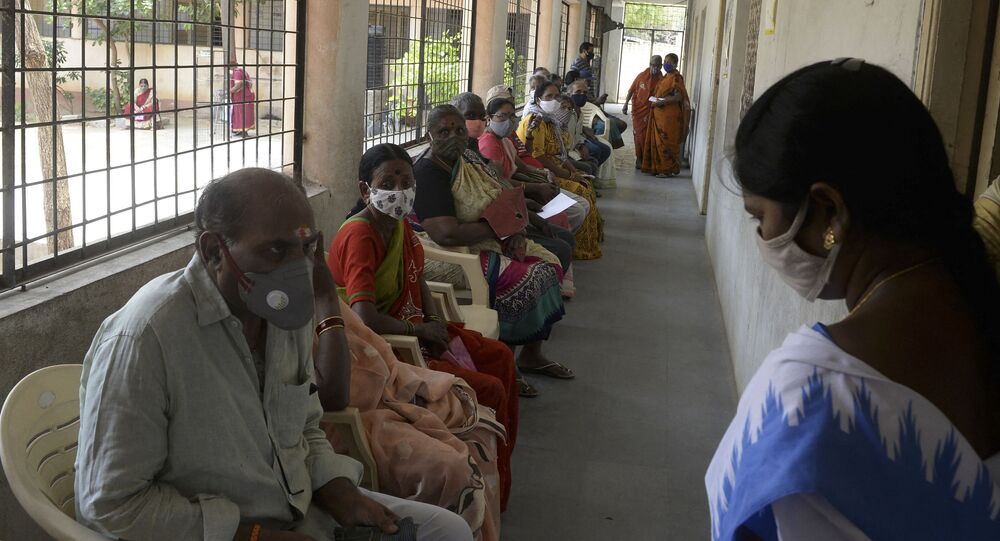 With several states left with no or very few doses, India’s vaccination drive against coronavirus has exposed yet another flaw in the country’s management of COVID-19. State governments have been asking the federal government to take immediate steps to boost vaccine production to end the country’s chronic shortage.

Now that the Indian government has decided to increase the waiting time between the first and second Covishield jabs, health experts are claiming that the move is designed to conceal shortcomings in the vaccination drive. They say there is no scientific evidence to back the National Technical Advisory Group’s advice to increase the inter-dose gap to between 12 and 16 weeks from the original 4 to 8 weeks.

Kamayani Naresh, a health expert and founder of Zyropathy said the main reason for extending the period was because the jab is unavailable as vaccine maker, the Serum Institute of India, has ceased production in India and it is imported from the UK.

“Previously the government told us that the second dose should be taken within four weeks, then it was extended to two months and now it is going beyond that. Those who have taken the first dose of Covishield will lose its benefit and it will affect their mental state as they cannot go for the next dose,” Naresh said.

Another doctor, Naga Suresh Veerapu, a virologist at the Department of Life Sciences, Shiv Nadar University said that the government is trying to hide vaccine mismanagement. Veerapu claimed that a shortage of doses has compelled the government to increase the inter-dose gap.

India has followed the UK and Spain in extending the inter-dose gap of 16 weeks for those under the age of 60 who have been given the vaccine. However, the Indian health ministry hasn’t specified any age limits.

“Based on the available real-life evidences, particularly from the UK, the COVID-19 Working Group agreed to increase the dosing interval to 12 to 16 weeks between two doses of the Covishield vaccine,” the statement issued by the ministry reads.

A study published by The Lancet in March also suggested that it is the dosing interval and not the dosing level which has the greatest impact on the efficacy of the vaccine.

“This is in line with previous research supporting greater efficacy with longer intervals with other vaccines such as influenza and Ebola. The study found vaccine efficacy reached 82.4 percent after a second dose in those with a dosing interval of 12 weeks or more. If the two doses were given less than six weeks apart, the efficacy was only 54.9 percent,” the analysis noted.

However, many experts in Europe challenged this view saying “these studies were not prospectively designed to establish whether vaccine efficacy would differ by dose interval; therefore, these post-hoc exploratory findings could be biased.”

India’s government panel also advised those who had been proved to have SARS-CoV2 illnesses (the virus that causes the COVID-19 disease) to defer vaccination until six months after recovery.

According to the experts, after recovering, people automatically tend to build antibodies against the infection which lasts for a good three months.

“Basically, the first dose is of the greatest importance, and the second dose works as a booster for the action of the first. There is no point getting vaccinated just after recovering from COVID-19. It may be noted that the government might be trying to make sure that everybody has been given the first dose and those who haven’t been infected should be given the preferences in order to stop the transmission,” Veerapu said.

The recommendations have come at a time when several states are reporting a shortage of vaccines.

Meanwhile, some states have decided to bid globally to procure anti-coronavirus shots with the domestic supply falling short to meet the rising demand. States such as Delhi, Maharashtra, Karnataka, Telangana, Uttarakhand, and Uttar Pradesh, have invited bids from international vaccine-makers to make up for the acute domestic shortfall.

;How Dare You?’ Greta Thunberg Trolled for Criticising India’s Move to Hold Exams Amid Pandemic