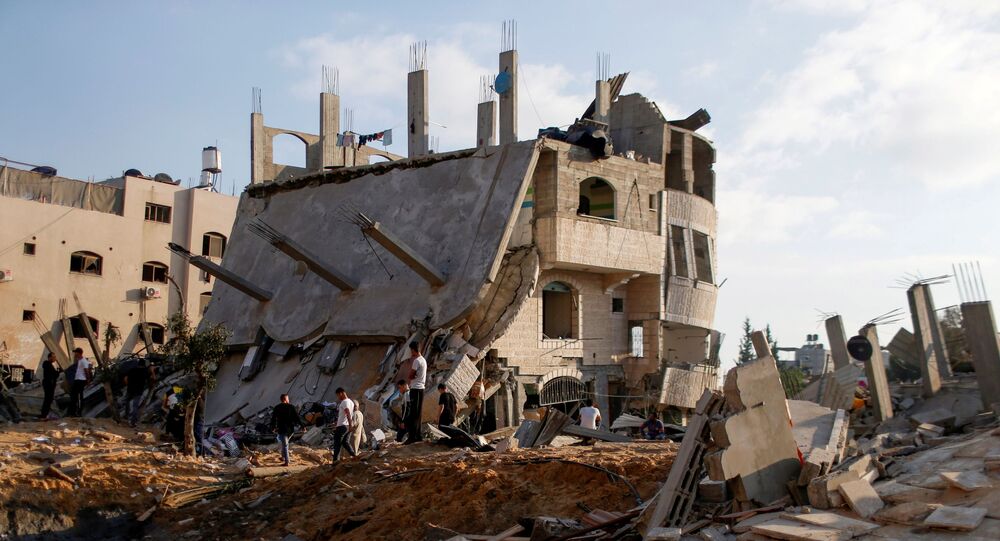 It was reported earlier that the Gaza Strip now has only one-third of its electric power generation capacity. The IDF had earlier announced it had launched an attack on multiple targets inside the Strip amid reports that Israel’s air and ground troops were attacking in the area.

Sputnik goes live from Gaza City as hostilities between Palestinians and Israel continue to escalate. Overnight, the IDF announced on Twitter that its air and ground troops were attacking in the Gaza Strip. However, the Israeli ground forces have not yet crossed into the area, according to an IDF spokesperson.

The largest confrontation in recent years at the Gaza Strip border broke out on 10 May. Palestinian militants have since launched some 1,800 rockets towards Israel. Israel, for its part, has carried out multiple retaliatory strikes against Hamas, which rules the enclave, targeting its commanders and infrastructure.

Pro or Anti-Netanyahu, This is the Topic That Splits Israelis Ahead of Elections on 23 March