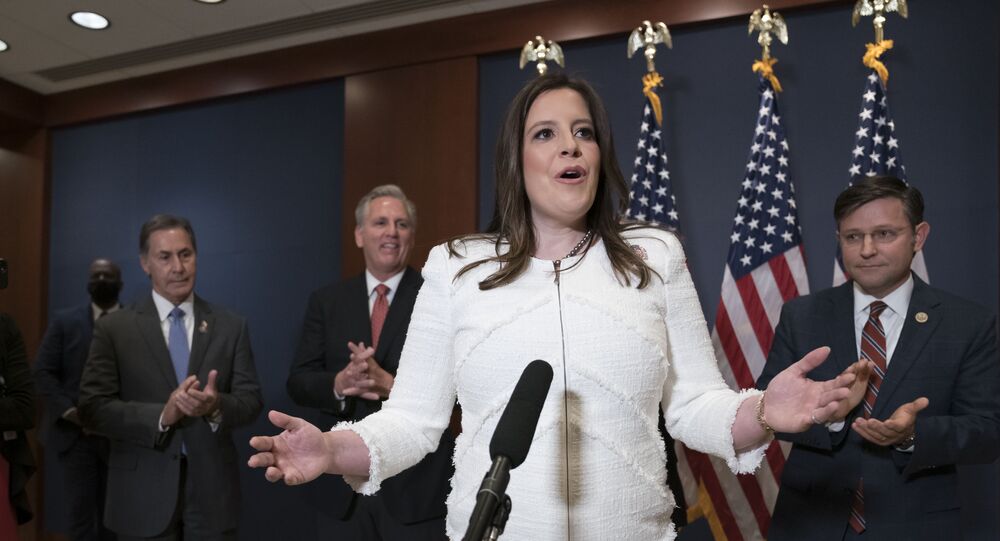 Earlier, Rep. Liz Cheney was ousted from the No. 3 leadership position of conference chair for repeatedly calling out former President Trump’s “Big Lie” that the 2020 election was stolen.

Republicans in the US House of Representatives elected Elise Stefanik in a 134-46 secret-ballot vote on Friday to replace Liz Cheney as House Republicans’ third-ranked leader.

The 36-year-old Stefanik will serve as conference chair, largely focusing on conveying the party’s message, and will be the only woman in House GOP leadership.

Cheney was ousted from the House Republican leadership earlier this week, because of her repeated criticism of former US President Donald Trump who has retained his influence in the Republican Party. Cheney has been insisting that Trump’s claims the November 2020 presidential elections were stolen from him were false, and undermined the US democracy. She also supported the second impeachment against Trump which stated that the former POTUS incited insurrection at the Capitol on 6 January.

Top US Billionaires Multiplied Their Fortune During Pandemic, Reports Say

Hundreds March to White House in Support of Palestinians – Videos