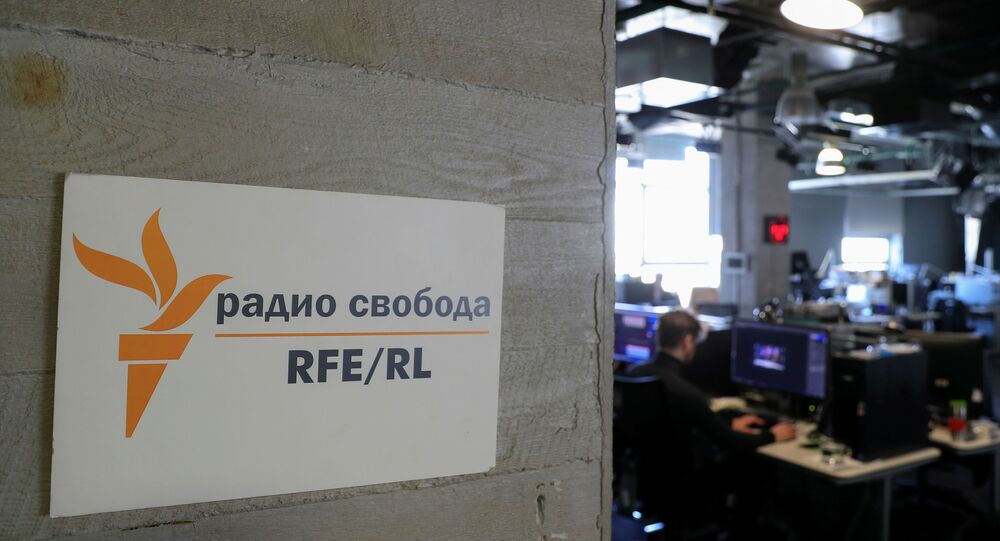 MOSCOW (Sputnik) – The Radio Free Europe/Radio Liberty (RFE/RL) news outlet, registered in Russia as a foreign agent, said on Friday that the bank accounts of its Moscow bureau were blocked after court officers searched the office.

“RFE/RL’s bank accounts in Russia have been frozen following a visit by court bailiffs to the U.S. agency’s Moscow bureau. The move came after agents of the Federal Court Bailiffs Service on May 14 initiated enforcement proceedings against RFE/RL’s Russian branch over unpaid fines accrued because of violations of Russia’s controversial ‘foreign agents’ laws,” the RFE/RL said in a press release.

It added that the bailiffs had sent the Moscow bureau a warrant authorizing it to search for the organization’s bank accounts and to freeze them.

“RFE/RL’s Moscow-based bank was ordered by the bailiffs service to seize the agency’s accounts in order to provide payment for the unpaid fines of 5 million rubles ($68,000),” the RFE/RL added.

In April, Russian media watchdog Roskomnadzor said it had drawn up nearly 400 protocols against Radio Free Europe/Radio Liberty over failure to label its materials as produced by a foreign agent, with a total fine of $969,000. The RFE/RL claims that from January to May, Roskomnadzor filed 520 protocols. The outlet also claims enforcement proceedings have been launched for 10 court rulings, with the sum total of fines being $67,800.

Under Russian law, materials by foreign media outlets performing the functions of a foreign agent should be labeled as such while being propagated on Russian federal territory to inform readers that content shared by such media may be pursuing the interests of foreign countries.

Russia Detains Soldier on Suspicion of Espionage for Ukraine in Siberia