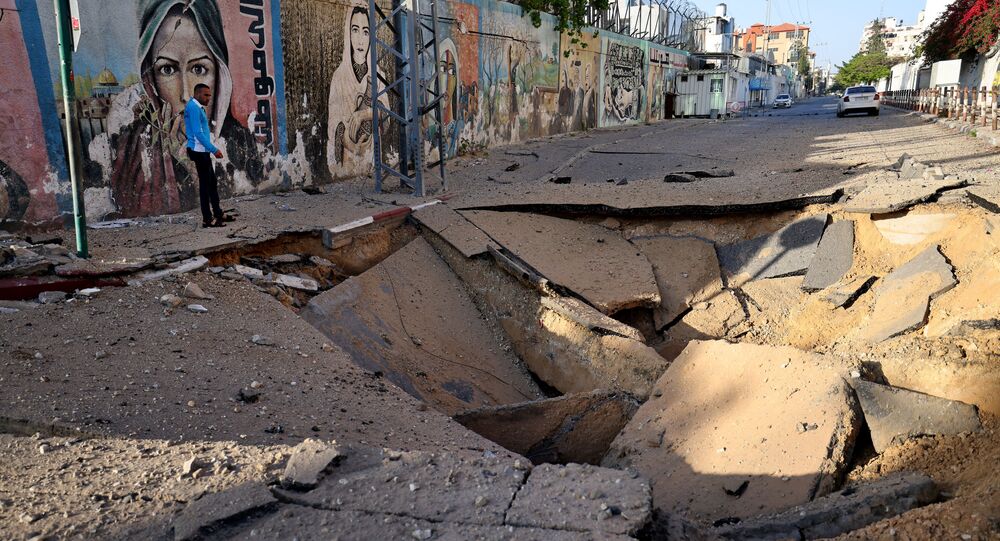 The IDF has so far launched attacks on around 600 military targets belonging to Hamas and Islamic Jihad in the Gaza Strip. These include strategic Hamas buildings.

Sputnik comes live from Gaza City as hostilities with Israel continue to escalate. Israel has launched air strikes against Hamas targets in the region in retaliation of earlier attacks carried out by that group which is considered by many countries, as well as Israel, to be a terrorist organisation.

Dozens of Palestinians have been killed by Israeli air strikes.

The conflict between police and protesters intensified after an Israeli court decided to evict six Palestinian families from Jerusalem’s Sheikh Jarrah neighbourhood. The conflict was followed by an exchange of rocket fire between Israel and Gaza that led to a new round of unrest in the country.

Battle Over Land: As Palestinians Keep Building in West Bank, Settlers Call it Illegal, Here’s Why