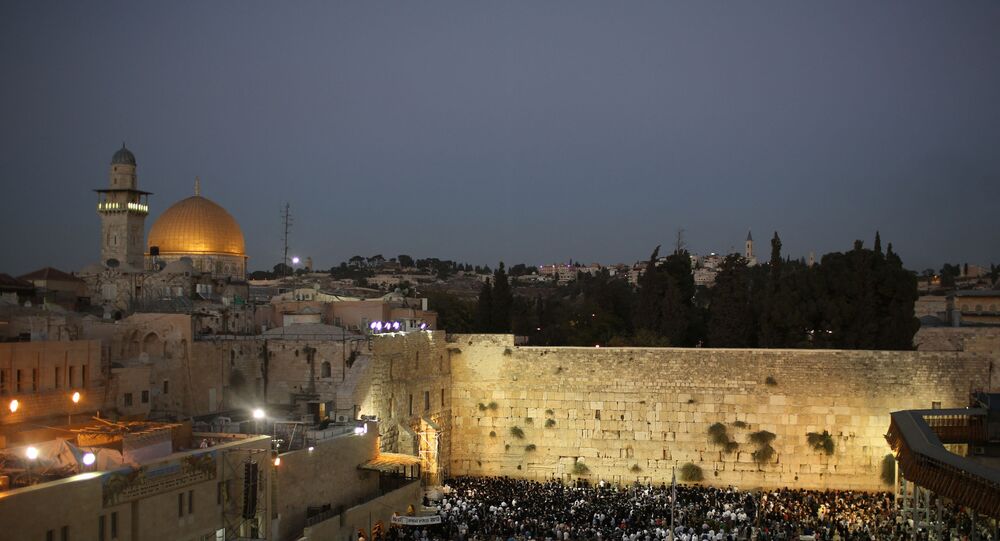 The city has been rocked by clashes between Palestinians and Israeli police officers over the past several weeks and was also targeted by a rocket attack launched by Hamas on Monday.

Sputnik welcomes you to tune in to our live from Jerusalem’s Old City, three days after it was targeted by missiles launched by Hamas which turned the nation’s border with the Gaza Strip into a hotspot of intensifying hostilities over the past several days. Since then, Israel and Gaza have been locked in a bitter exchange of fire with no observable end to the hostilities.

Since the beginning of holy month of Ramadan, East Jerusalem has also been embroiled in clashes between Palestinians and the Israeli police, sparked by an Israeli move to bar Palestinians from gathering for religious rites and exacerbated by an Israeli court ruling to evict Palestinian families from the city’s Sheikh Jarrah neighbourhood.

Iranian Government Slams US for Dawdling on Lifting Sanctions

Netanyahu to Visit UAE Thursday in First For Israeli Leader