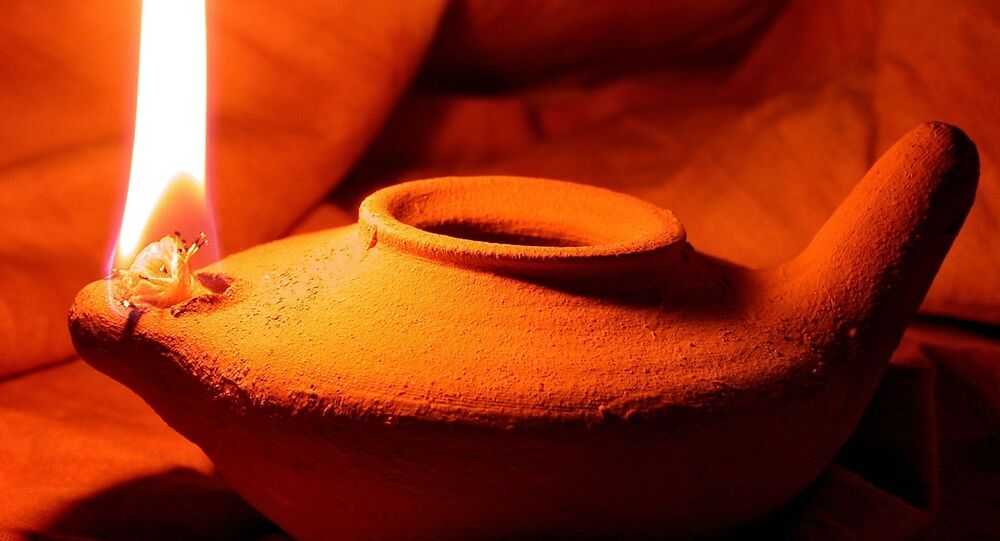 According to the Israel Antiquities Authority (IAA), the artefact dates back to the late 1st century/early 2nd century CE and was probably used as a foundation deposit or an offering used in rituals. Scientists believe residents of the buildings used the lamp as a talisman to bring good fortune.

Israeli scientists have discovered an ancient bronze oil lamp in the Jerusalem Walls/City of David National Park in Jerusalem. Researchers, who have described the item as “unique” and probably “the first of its kind discovered in Israel”, estimate it is 1,900 years-old.

The archaeologists say the artefact’s shape – it depicts a laughing human face, which looks similar to a Roman theatre mask – is what makes it so special. Furthermore, only half of the lamp survives. Researchers also discovered a wick made of flax inside it

Scientists believe that the lamp was likely attached to a flat object or a wall, serving as a “wall lamp”. However, they note that it could have been used in rituals.

“Foundation deposits (offerings) were prevalent in the ancient world and were intended for luck, and to ensure the continued existence of the building and its occupants, and they were usually buried under the floors of buildings or foundations,” Dr Yuval Baruch and Israel Antiquities Authority archaeologist, Dr Ari Levy, said.

After the news emerged, IAA was contacted by a Hungarian archaeologist who said that the artefact might be the second part of an oil lamp he and his team discovered while examining Roman ruins in Budapest.

“Nine years ago, in an excavation we conducted at Aquincum (modern-day Budapest), we found a remarkably rare object. At the bottom of the building, we discovered a bronze half-lamp depicting the right half of a face. Only a few known creations that resemble this exist from this era, and they sit in museums and throughout private collections in the world, yet none of them are like these two halves”, wrote Gabor Lassanyi.

The initial examination revealed that the two lamps have the same dimensions. IAA plans to print a 3D model of the artefact discovered in Jerusalem and send it to Hungary to see if the two halves could be connected.