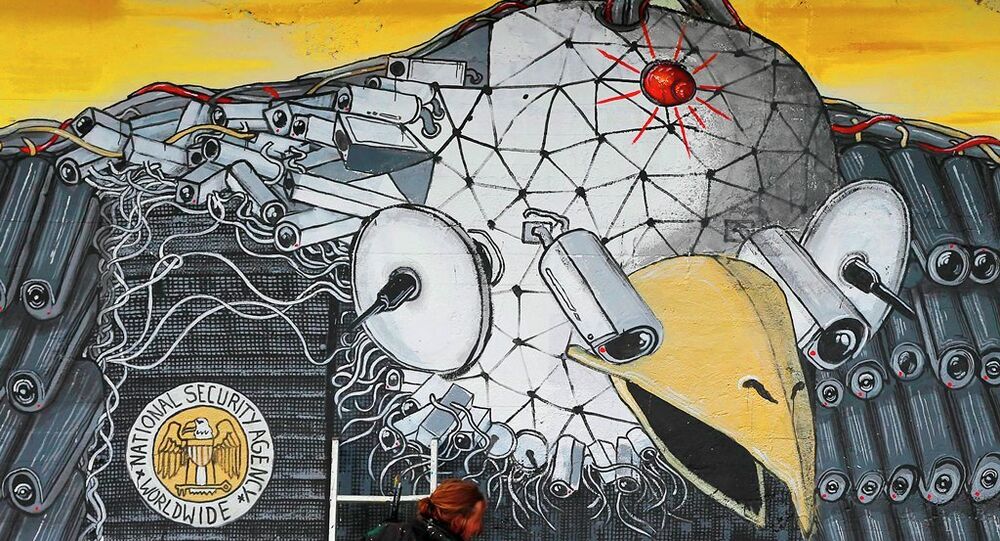 The Biden administration is considering using private firms to surveil suspected domestic terrorists online, according to CNN. A new “war on domestic terror” is fraught with risks of curtailing constitutional rights for Americans and giving sweeping new powers to the federal government, warned former CIA officers.

US federal agencies such as the Department of Homeland Security (DHS) and the FBI, are limited in how they can monitor citizens online without a warrant, while the CIA and NSA are restricted in the collection of intelligence information domestically, explains CNN. Moreover, they are strictly prohibited from assuming false identities to access private messaging apps used by “extremist groups such as the Proud Boys or Oath Keepers,” CNN notes. To that end, federal authorities are mulling the hiring of outside entities which could “legally” infiltrate these private groups to gather vast amounts of information, as a source familiar with the effort told the broadcaster.

Private Contractors to Spy on Americans

“The DHS will use the new workers to infiltrate organisations and spy on them from the inside, while also collecting electronic information relating to their activities,” notes Philip Giraldi, a former CIA counter-terrorism specialist and military intelligence officer. “That intelligence will then be used by the Justice Department to go after the groups legally in an attempt to break them up and imprison their leaders.”

​Using private contractors is not new for federal agencies, according to the CIA veteran. After 9/11, the CIA consisted of 30% contractors, while at the Pentagon those numbers have been similar.

“The danger is, of course, that the so-called war on domestic terror will become a mechanism for systematically violating the rights of all American citizens,” he highlights.

There is no guarantee that a private contractors’ assessment would be accurate, that the bureau would separate wheat from chaff and that the DOJ would rein everybody in, according to Giraldi.

One glaring example is ex-MI6 agent Christopher Steele’s “dirty” dossier on Donald Trump and his campaign which alleged collusion with Russia. The research was partly funded by the FBI which later used the uncorroborated dossier to obtain a FISA warrant to spy on a Trump aide, Carter Page. In December 2020, the DOJ acknowledged that it lacked probable cause to surveil Page in at least two of four warrant applications but several years ago turned a blind eye to that.

In addition to this, one can no longer trust the federal intelligence agencies and their proxies to obey the rules in their investigations given that the recent FISA Court review has indicated that the FBI and NSA continues warrantless spying on Americans, the CIA veteran states.

​”The FBI is out of control and is not being held to account,” echoes Larry C. Johnson, former CIA analyst and ex-State Department Office of Counterterrorism official. “The reality is that the internet has created a wealth of information that previously was only accessible by intelligence organisations. Now, private companies can do more prying and spying than the CIA and the NSA.”