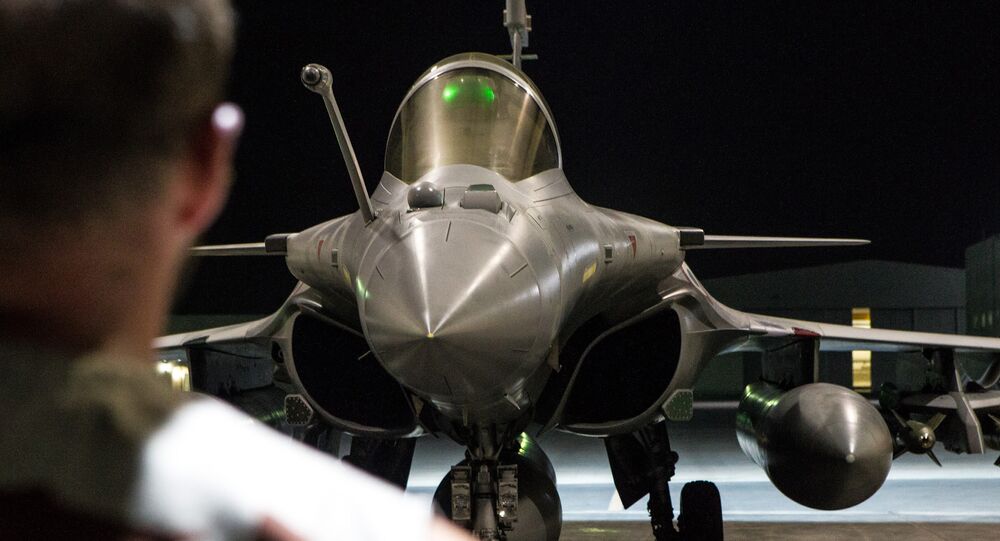 The French Penal Code punishes acts of hazing (‘bizutage’) with up to six months in prison and a 7,500 euro fine. Until recently, hazing had been seen as a ‘rite of passage’ symbolising a person’s integration into their peer group, with soldiers, students and workers in some professions subjected to the humiliating and potentially deadly practice.

A group of French Air Force pilots are facing legal repercussions after being accused of tying a 27-year-old comrade to a pole at a firing range and taking to the skies in fighter jets to rain bullets and bombs around him.

According to local media, the incident took place at an airbase in the south of Corsica in March 2019, with the pilot’s lawyer saying colleagues grabbed his client, tied him up with adhesive tape and put a bag over his head. After that, he was taken to the local firing range in the back of a pickup truck, tied to a target, and for the next twenty minutes heard warplanes dropping bombs and firing bullets around him.

The lawyer says his client was traumatised by the incident and that it continues to haunt him two years on, with the trauma prompting him to file a lawsuit against his colleague at a Marseille court. He added that while “regular practices of humiliating or even violent hazing” in the Air Force are a problem generally, in his client’s case it also cost the state a fortune, given the use of aircraft and munitions involved.

Video and pictures of the incident have reportedly been handed over to prosecutors, with some appearing online.

A spokesperson for the French Air Force told reporters that the perpetrators of the hazing incident had already been subjected to “strong sanctions” after the chief of staff found out about it in 2019. The spokesperson did not specify what if any punishment had been doled out.

“The Air Force condemns any activity likely to undermine the integrity – physical or psychological, of its personnel,” the spokesperson said.

The incident is the latest of its kind to trouble the French military. In January, three soldiers were found guilty of manslaughter over the 2012 drowning death of a recruit at the Saint-Cyr Military Academy in western France in an initiation ceremony gone wrong. In that incident, the victim was forced to swim while carrying heavy equipment as his abusers played Wagner’s Ride of the Valkyries.

Despite legal protections enacted in the 1998 criminal code, France has continued to face problems with hazing at some institutions, particularly schools, universities, the military, and fire houses, with dangerous and sometimes fatal incidents regularly reported on in recent years.

Hazing remains common problem in many countries, particularly among the military. In 2019, Sputnik reported on an incident involving a Russian serviceman who killed eight of his fellow soldiers at a base in the Russian Far East after they made his life a living “hell”. The conscript confessed to his crimes and was sentenced to 24 and-a-half years in prison in January.