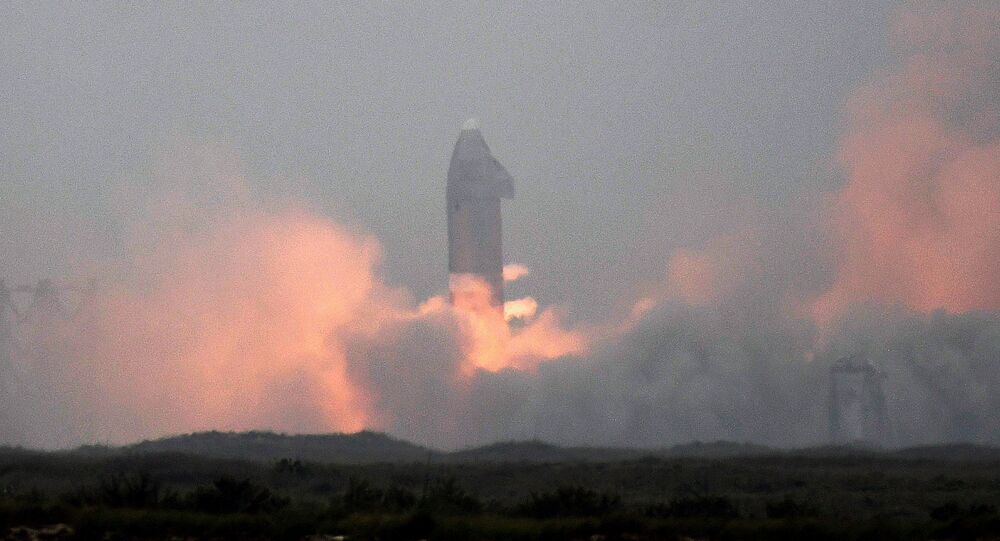 SpaceX’s ongoing Starship initiative is meant to one day be used as a means to transport astronauts for future manned missions to the Earth’s moon and – possibly – to Mars. Elon Musk, the company’s founder, previously indicated that the Starship prototype will reach orbit sometime in 2022.

The latest prototype of SpaceX’s Starship project managed to successfully touch back down in one piece on its designated landing pad on Wednesday, handing the Musk-headed company a much-wanted win after past test flights ended in massive explosions.

The Wednesday test proved to be the fifth high-altitude flight attempt for the initiative in April, and saw the stainless steel SN15 prototype reach roughly 33,000 feet in altitude before touching back down six minutes after its scheduled launch.

Although SN15 marked the very first Starship prototype that SpaceX was able to successfully launch and land without seeing the vessel explode, either during or after landing, the test did see a small fire briefly break out at the base of the rocket moments after touching down.

John Insprucker, a SpaceX engineer, later explained to the New York Times that the fire was the result of fuel used by the rocket.

Musk announced the success of the test via Twitter, sending out a post that read “Starship landing nominal!”

While SpaceX’s past four flight tests did manage to demonstrate a controlled belly-flop back to the launch pad in Boca Chica, Texas, they all managed to undergo technical problems that resulted in severe explosions.

In fact, SpaceX’s attempt in late March saw the SN10 prototype go airborne twice after an explosion broke out, whereas the SN11 vehicle didn’t even manage to make it back to the ground. The SN11 prototype also prompted outrage from conservationists after pieces of the rocket littered an ecological reserve near the Boca Chica facility.

SpaceX officials noted in a description of the Wednesday flight that SN15’s inner workings were somewhat adjusted based on information obtained from the previous flight attempts, noting that the vehicle had been fitted with “new enhanced avionics suite, updated propellant architecture in the aft skirt, and a new Raptor engine design and configuration.”

SpaceX’s success came on the heels of the US Federal Aviation Administration granting the company clearance to conduct its next three Starship tests flights, the first of which took place with the SN15 prototype.