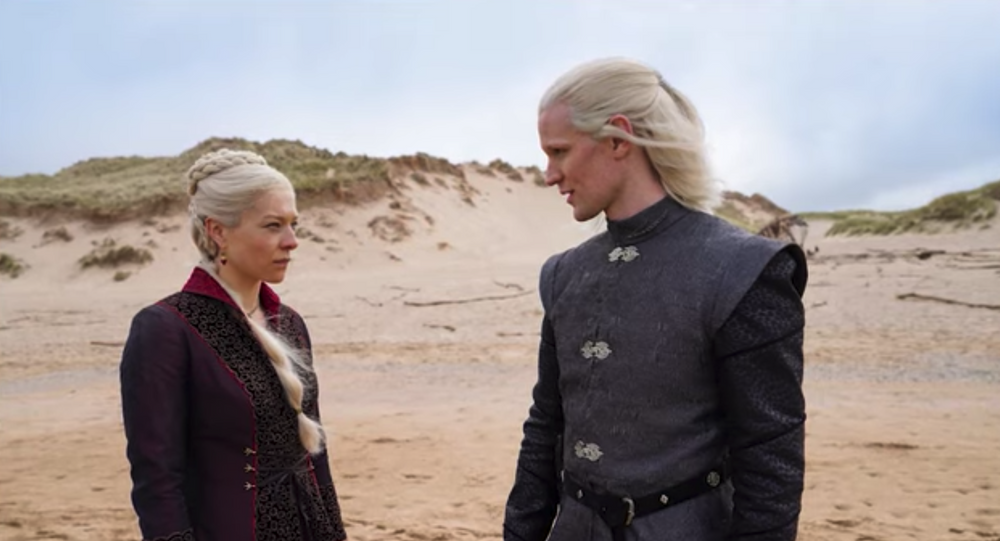 It’s fair to say that at the ending of the “Game of Thrones” series, viewers were left wanting more from the storyline, as show creators appeared to cram in details and rush character development, among other issues. While the audience won’t get a redo for that show, they may get better results with an upcoming prequel series.

American cable company HBO released a series of photos on Wednesday, offering fans of the highly-watched “Game of Thrones” action-filled drama a sneak peek at the show’s upcoming prequel series, “House of the Dragon.”

The photos capture actors Emma D’Arcy, Olivia Cooke, Matt Smith, Steve Toussaint and Rhys Ifans in full costume, presumably at filming locations as the series is reportedly early on in its production.

A release issued by HBO notes that D’Arcy will portray Princess Rhaenyra Targaryen and Smith will take on the role of Prince Daemon Targaryen, the younger brother of King Viserys.

Welsh actor Ifans will play Otto Hightower, a loyal and faithful aide to the king who just so happens to see Daemon as the “greatest threat to the realm.” Olivia Cooke will carry out the role of Otto’s daughter, Alicent.

And then there’s British actor Steve Toussaint, who will serve viewers with the force of Lord Corlys Velaryon, also known as “The Sea Snake.” Incidentally, this character is said to be richer than the Lannister family, which played a central role in the original series.

The show, which will take place some 300 years before the “Game of Thrones” timeline, has been given a 10-episode order, and is scheduled to debut in 2022. It will be based off of writer George R.R. Martin’s book “Fire & Blood.”

Martin will serve as the show’s co-creator, alongside screenwriter Ryan Condal.

‘Disgusting’: CNN Anchor Blasted for Citing Tiger Woods’ Past Use of Painkillers After Severe Crash

Taking it to the Next Level: Top Speedcuber Creates Mosaics Using Puzzles – Videos

We Will Look After Granny For You: Princess Eugenie Pays Tribute to Grandfather Prince Philip