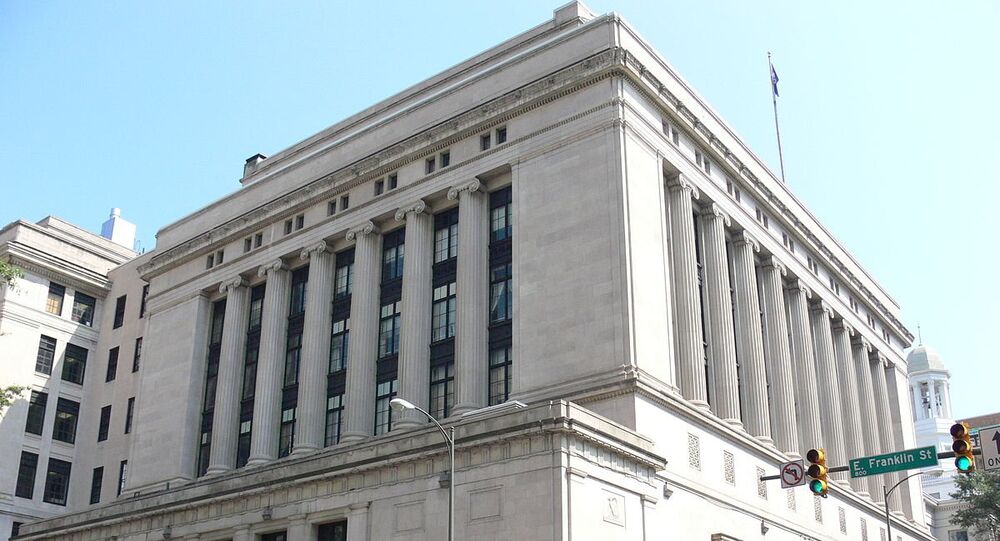 A Republican candidate for state office in Virginia has launched a lawsuit to get to the bottom of a homophobic text message sent to Republican convention delegates last week. His chief rival has denied responsibility, but it seems likely the message came from inside one of the campaigns in a hotly contested GOP race.

Republican Glenn Davis, who presently represents Virginia Beach in the Virginia House of Delegates but who is seeking to become Old Dominion’s lieutenant governor in the November 2021 elections, filed a defamation suit Tuesday in a Norfolk Circuit Court directed against “Jane Doe” for the text message because the culprit’s identity remains unknown. The suit seeks $100,000 in nominal and compensatory damages and another $350,000 in punitive damages.

The cause of the suit is a text message sent out last week to Republican delegates to Virginia’s GOP convention later this month that tried to cast Davis as insufficiently conservative by labeling him a “Gay Democrat.” The text featured an image of Davis wearing a striped shirt at a PrideFest event in Hampton Roads he attended to show his support for LGBTQ rights posted on his public Facebook page.

According to the Richmond Times-Dispatch, access to that information is limited to the statewide campaigns being waged by Republican candidates for the offices of governor, attorney general, and lieutenant governor, the lattermost of which is the office Davis is seeking.

“Did you know Glenn Davis is a Gay Democrat? He voted for gun free zones, Medicaid expansion, the ERA [Equal Rights Amendment], to redefine marriage & for transgender men to be in girls’ bathrooms. Help Glenn come out of the closet by not ranking him on May 8. Tim Hugo is the only conservative running for Lt. Governor,” the text on the image states.

​Davis has emphasized that he is not gay, but “unapologetically supports equal treatment for the LGBTQ community,” he says in the suit.

“I’m sorry for my colleague’s #homophobia, but I don’t believe the government has any place in our bedrooms PERIOD,” Davis tweeted last week.

Hugo is Davis’ rival in the election, also seeking to be the GOP candidate for the post of Virginia’s second-highest office.

While Hugo’s campaign has used the same image of Davis in a separate mailer that did not mention LGBTQ rights or make claims about Davis’ sexuality, he has denied responsibility for the text and condemned it as “ridiculous and offensive.”

The suit mentions that the telecommunications provider has been subpoenaed for the identity of the text message sender. Joe Symanski, the deputy director of the College Republican Federation of Virginia, tweeted on April 28 that it had been confirmed to him that “this has come from a PAC and not the Hugo campaign.”

“It is a shame that these measures must be taken to protect one’s reputation in an intra-party process such as this,” Davis told the Times-Dispatch on Tuesday.

“These unethical, illegal, and scandalous tactics are detrimental to our party, civil discourse, and the efforts underway to win back Virginia for Republicans in November. I want it to be very clear that we will soon discover which campaign and bad actors were behind this text and they will be sued to the full extent allowed by Virginia law. For far too long, this type of behavior has gone unchecked and unchallenged within Virginia’s Republican Party and today that ends with me.”

‘Big Tech in Bed With US Government’, Manipulating Policy Decisions Slammed as Travesty by Expert