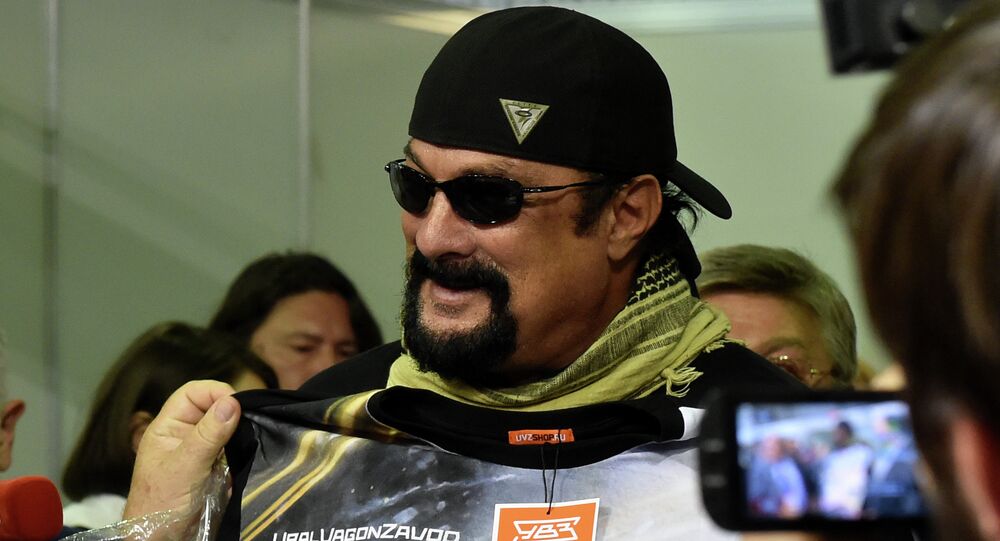 American actor, producer and musician Steven Seagal, who received Russian citizenship in 2016 and was subsequently appointed as a Russian special envoy for humanitarian liaison with the US, is also a widely-renowned aikido ace.

Steven Seagal, 69, made an official visit to the Venezuelan president, Nicolas Maduro, on Tuesday. During the meeting, the actor presented Maduro with a samurai sword, also known as a katana, as a “symbol of leadership,” according to Radio Mundial.

The Venezuelan leader tested the blade, making several swings before returning it to its scabbard.

Seagal, who started his career as a martial arts instructor in Japan, holds a black belt in aikido.

By a 2018 decree of the Russian Minster of Foreign Affairs, Seagal was given the position of special envoy for humanitarian affairs, to handle cultural, art, science, education and sports projects, as well as address the preservation of US memorial sites connected with Russia.

The actor became a Russian citizen after carrying out a number cultural initiatives in the country in 2016.

Pablo Escobar’s Hippos Must Be Culled as They Threaten Colombian Ecosystem, Scientists Urge