Former US President Donald Trump managed to appoint a whopping three justices to the US Supreme Court, despite efforts to shoot down the nominations of Justices Brett Kavanaugh and Amy Coney Barrett. Looking ahead, liberal politicians are now trying to ensure the bench does not lean even more toward the conservative side of the political spectrum. 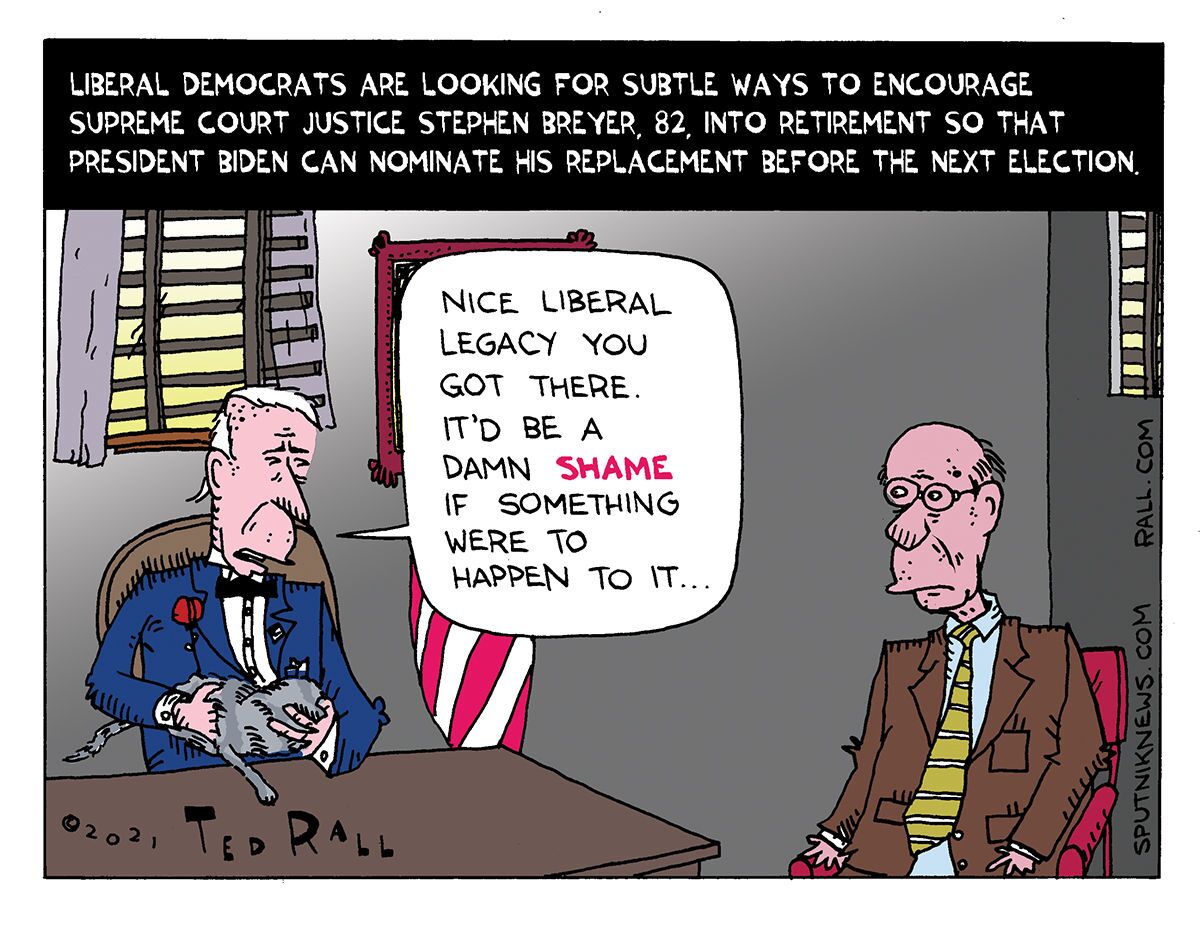 Newly surfaced reports suggest that there is a growing push among liberals for Supreme Court Associate Justice Stephen Breyer, who just happens to be the oldest sitting member on the bench, to announce his retirement at the end of the term in June.

The move, according to NPR, is rooted in concerns that Democrats could lose the slim majority they currently have in the US Senate come the next round of US elections, and thus will be unable to replace Beyer with a new like-minded justice. At present, the US’ highest court has a 6-3 conservative majority.

Although some politicians have been much more careful about their calls for Breyer to retire, now all have followed suit. Earlier this month, the Demand Justice group took a more proactive stance and had a billboard truck circle the US Supreme Court, with a sign that read “Breyer, retire.”

Earlier, White House Press Secretary Jen Psaki indicated that US President Joe Biden has no intention to pressure Breyer into retirement, noting that the commander-in-chief believes Breyer will step down “when he decides it’s time to no longer serve.”