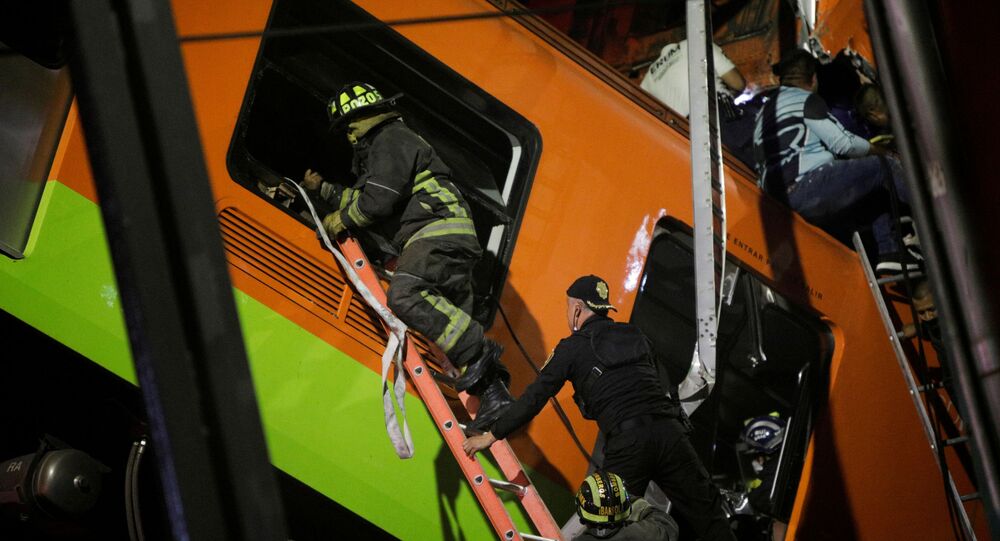 MEXICO CITY (Sputnik) – The death toll from the collapse of an overpass carrying a subway train in Mexico City has gone up to 24, municipal authorities said on Tuesday.

“In total, unfortunately, 24 people have died – 21 at the scene and three more in a hospital,” the head of the Secretariat for Comprehensive Risk Management and Civil Protection of Mexico City, Myriam Urzua, said at a press conference.

According to the official, at the moment, only five people have been identified among those killed. The prosecutor’s office is working to establish the identity of the rest of the victims.

City authorities expressed condolences over the tragedy, lowered the main flags in the city in solidarity with the victims and their families, and declared a period of mourning in the capital.

A subway overpass carrying a train collapsed onto a road between the Olivos and Tezonco stations at 10:00 p.m., local time, on Monday (3:00 GMT on Tuesday). Alongside the dead, as many as 79 people were hospitalized after the tragedy.

According to the director general of the Mexico City subway, Florencia Serrania, the overpasses of the 12th line of the subway, one of which collapsed, have been serviced by the French company TSO since 2016 and audits carried out by the company in 2019 and 2020 did not reveal any risks.

The 12th line of the Mexico City subway was opened in October 2012 and its construction cost $1.8 billion. About 450,000 people use this route on a daily basis. Local residents say that the collapsed overpass was often out of order, from the moment of its opening.

Venezuela Receives Shipment of 840,000 Packages of Insulin Drugs From Russia