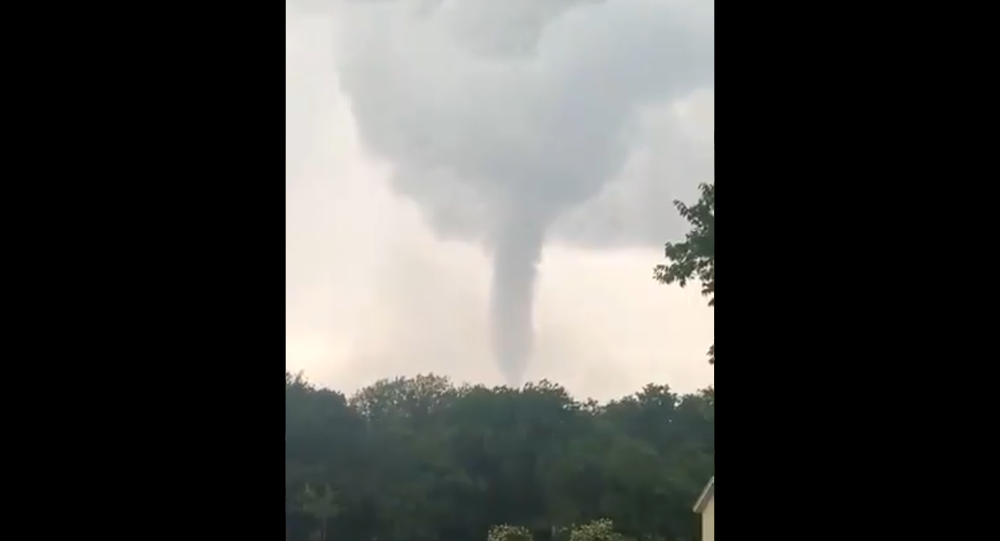 Earlier in the week, reports emerged saying that the southern regions of the US could expect strong to severe storms, with a risk of tornadoes and heavy rainfall, as well as snow over the Rocky Mountains.

As the US National Weather Service continues to issue tornado warnings for several southern states including Texas, Oklahoma, Maryland and Illinois on Monday, social media users shared footage showing the aftermath of a storm raging through the region.

Earlier, one person was reportedly killed in a tornado in Georgia, with local power companies announcing that many services were affected and “a great deal of damage” had been caused. GreyStone Power company shared photos showing some of the impact of the storm.

​Videos allegedly filmed in the vicinity of Blum, Texas, show a tornado “dissipating” west of the area, while footage from Illinois also shows dark skies and whirlwinds assembling.

Video of the tornado around 7:15pm this evening in the Blum area. Thanks to Skylar Runnels for the video. pic.twitter.com/n9zgi8OFlU

​Another video from Oklahoma in Pittsburgh county showed clouds darkening and lightning illuminating the skies above the city, as a tornado warning was announced in the area.

Looking south and southwest in McAlester. Pittsburg County is currently under a tornado warning until 8 p.m. #okwx @KJRH2HD pic.twitter.com/NShElsXuJk

The storms started on Sunday in Mississippi, with a massive tornado ripping through businesses, infrastructure and homes. Local National Weather Service shared footage showing two businesses destroyed after the whirlwind.

My heart breaks for the people living in Calhoun City this morning💔 pic.twitter.com/IXELQJVlLx

Just one of the many homes damaged in Calhoun City after last night’s storm.
I will have a life look of the aftermath this morning on @wtva9news ‼️ pic.twitter.com/yaVBK2lFE6

​Forecasts suggest that serious weather conditions in the southern regions of the US will continue through Tuesday and possibly further into the week.

Herd Immunity Against COVID-19 in US Cannot Be Reached in Foreseeable Future, Experts Say

Revenge Instead of Prevention: Why Were Cyberattacks Against US Successful in the First Place?