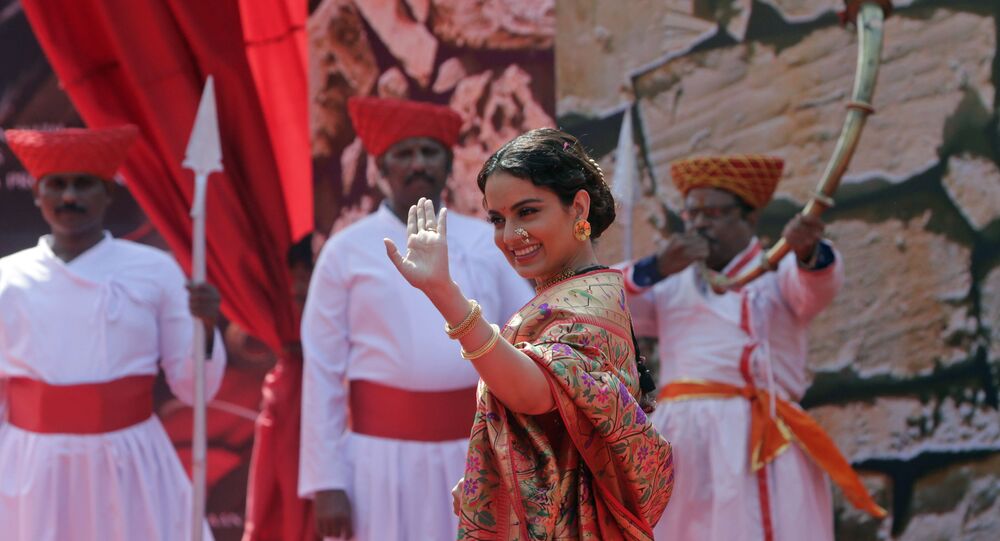 Back in January, Kangana Ranaut bashed Twitter CEO Jack Dorsey after claiming that her account had briefly been restricted. At the time, many netizens called on Dorsey to suspend the actress’ page permanently, accusing her of “spreading hate”.

The actress on Tuesday was accused of violating Twitter rules on hateful conduct and abusive behaviour.

“We have been clear that we will take strong enforcement action on behaviour that has the potential to lead to offline harm. The referenced account has been permanently suspended for repeated violations of Twitter Rules specifically our Hateful Conduct policy and Abusive Behaviour policy”, the platform said, explaining its decision.

Reacting to the suspension, the actress issued a statement, claiming that Twitter “has only proved my point”.

“They are Americans, and by birth a white person feels entitled to enslave a brown person. They want to tell you what to think, speak or do, fortunately I have many platforms I can use to raise my voice, including my own art in the form of cinema but my heart goes out to the people of this nation who have been tortured, enslaved, and censored for thousands of years and still their is no end to the suffering”, she said.

​In her tweets, Kangana also demanded the rule of Indian President Ram Nath Kovind in West Bengal – where the Banerjee-led All India Trinamool Congress (TMC) defeated the BJP in assembly elections, whose results were declared on 3 May.

​After the results of the Bengal assembly election were announced, the BJP alleged that one of its party offices in the Hooghly district was set ablaze and some of its leaders were harassed by TMC activists in other parts of the state. Later, Bengal’s BJP wing also claimed that several party workers had been killed across the state since the results were announced. ​Bengal’s ruling TMC, in turn, claimed that three of its supporters were killed by the BJP, an allegation the latter denies.

​Speaking on the violence and supporting the BJP’s version of the story, Kangana also posted an emotional video on Twitter that now exists on her Instagram handle.

In the video, she called out foreign media outlets for “not covering” the bloodshed in Bengal, where several people have lost their lives to political violence in the last two days.

The suspension has sparked all sorts of reactions on social media. While some people are happy that Kangana’s “negativity” will not hover over Twitter anymore, others are calling her an “iron lady” for always being vocal.

I m very sad to announce you that Kangna Ranaut’s account has been tested covid positive i.e suspended
Unfortunately she is very negative person so that twitter balance her accounts Positive.
After attack of this virus reaction can be seen here.#KanganaRanaut#कंगना_तुम_कहाँ_हो pic.twitter.com/ziJHA8oVjP

#KanganaRanaut you are a IRON LADY .. I dont support your views and style of tweets on many occasions, but i respect you for taking correct stand.. No social media suspension can suppress your voice…

The whole LW & Left media along with pendulum RWs r celebrating her suspension.

Click on #KanganaRanaut & u will understand her importance now.

I stand with Kangana.

India OKs $1Bn Scheme to Attract IT Hardware Manufacturers From China, US & Other Nations