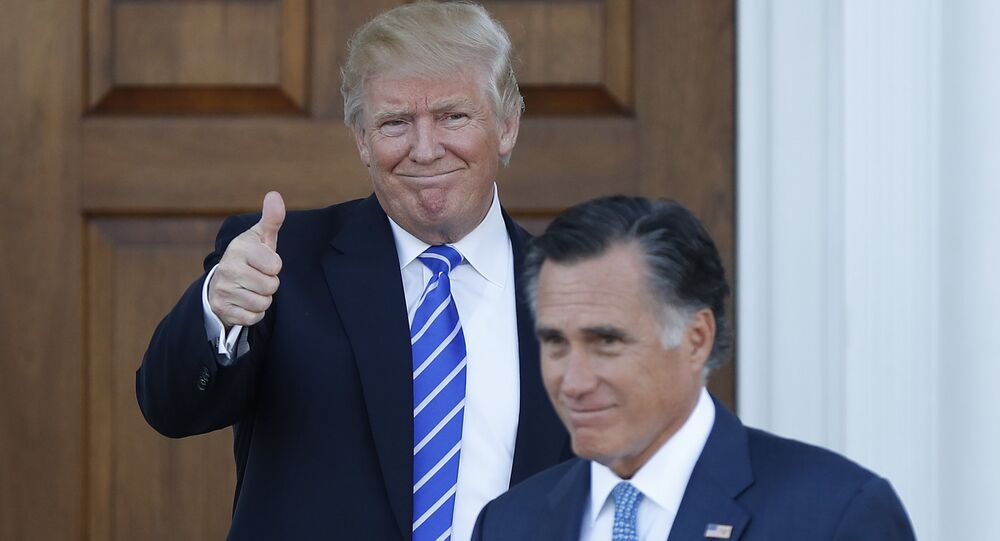 Sen. Mitt Romney (R-UT) – the sole Republican lawmaker to vote in favor of convicting former US President Donald Trump in both impeachment trials – was met with insults and other jeers on Saturday after telling some 2,100 attendees of a Utah Republican convention that he “was not a fan of our last president’s character issues.”

The 45th US president released a brief statement on Monday backing those who booed and insulted the ‘Republican In Name Only’ (‘RINO’) senator during the Saturday event inside Utah’s Maverik Center.

“So nice to see RINO Mitt Romney booed off the stage at the Utah Republican State Convention,” Trump wrote. “They are among the earliest to have figured this guy out, a stone cold loser!”

During the speech in question, Romney attempted to deliver pre-written remarks about Biden and his feelings about Trump, but the Republican senators ended up going off-script when hecklers and other members of the audience refused to let up on their jeers.

“Aren’t you embarrassed?” he asked someone in the audience at one point. Some attendees were overheard calling Romney a “traitor” and “communist” during the event.

“Mitt Romney’s votes to impeach President Trump and remove him from office in two ‘illegitimate’ impeachment trials hurt our party, hurt our constitution, hurt our republic and hurt our party,” he argued.

However, the measure narrowly failed to pass following a debate, as delegates voted 798-711, against the censure.

Some of Romney’s fellow GOP lawmakers have come out in his defense.

On Sunday, Sen. Susan Collins (R-ME) told CNN’s “State of the Union” that she was “appalled” by the scene at the conference on Saturday, arguing that the GOP has to become “accepting of differences in our party” and realized it is “not a party that is led by just one person.”

“We don’t want to become like too much of the Democratic Party, which has been taken over by the progressive left,” she claimed. “We need to have room for a variety of views.”