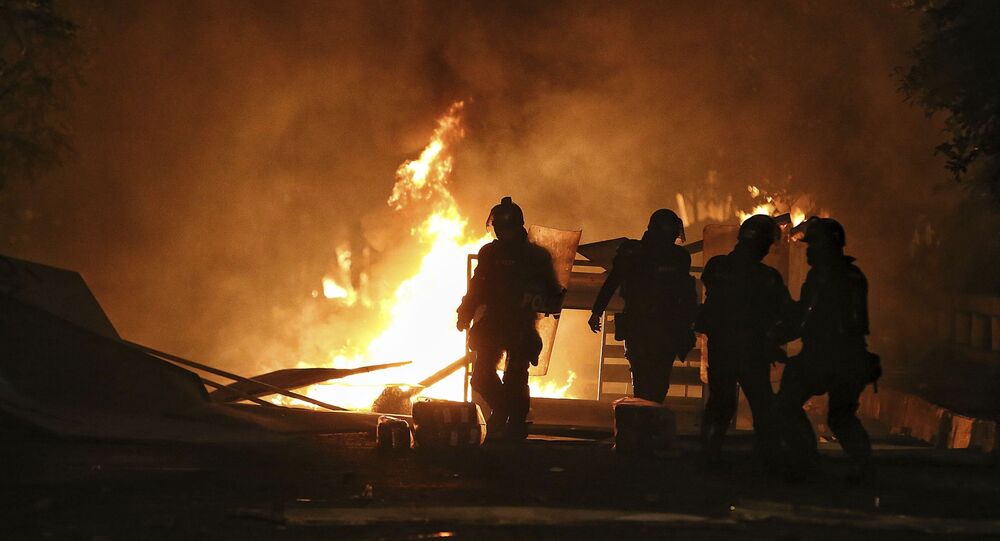 The ombudsman put the number of those injured at 711.

“During manifestations, 540 national police officers and 306 civilians were injured,” the minister said during a speech posted to the national police’s Facebook page, also expressing condolences over the death of an officer during the unrest.

According to the Defense Ministry, 431 people were detained during demonstrations which have been ongoing across Colombia since last Wednesday, with people protesting the so-called Sustainable Solidarity Law, a tax reform bill presented in April. Trade unions warned that the proposed bills would lead to at least 1.5 million workers having to pay new taxes.

The initiative was expected to help raise around $6.8 billion (about 2% of Colombia’s GDP), which, according to the government, would significantly contribute to efforts aimed at alleviating the negative economic effects of the coronavirus pandemic.

The defense chief recalled that, since Sunday, the army has been providing temporary support to some cities affected by the unrest to ensure the safety of citizens, the supply of essential goods, and the protection of transport and infrastructure.

Since the protests began, the minister noted, the government has received around 600 reports of vandalism and other crimes from citizens, with 94 banks and 254 stores, two municipal administrations, and 64 police stations damaged or vandalised.