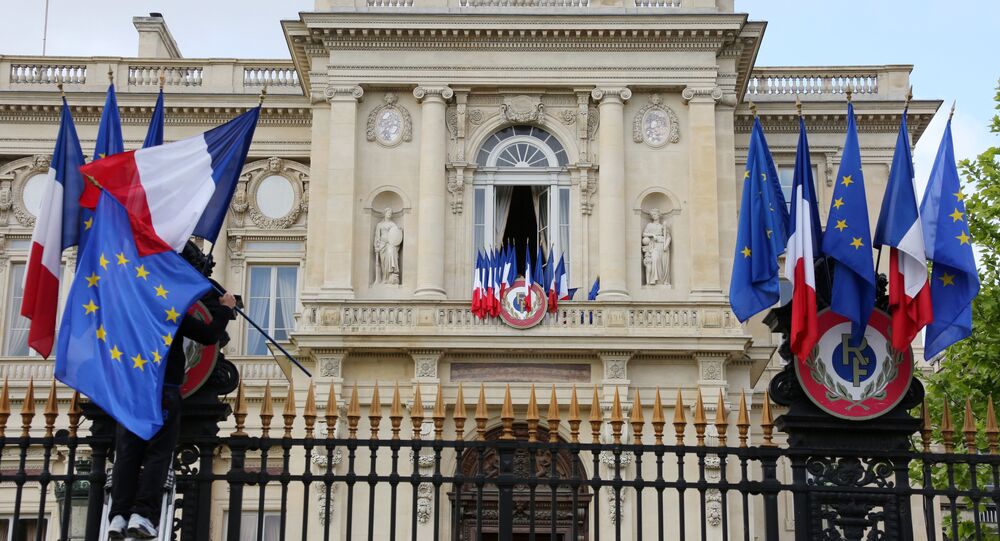 The punitive measures imposed by Moscow came in response to the expulsion of Russian diplomats by several states, including Bulgaria, the Czech Republic, Lithuania, and Poland. The row began after Czech authorities claimed that Russian military intelligence officers were behind a 2014 explosion at a military depot in the village of Vrbetice.

Russia’s Ambassador to France Alexey Meshkov has been summoned to the French Foreign Ministry over the restrictive measures Moscow has introduced against European officials, the ministry announced. During a meeting, which occurred on 3 May, a spokesperson for the Foreign Ministry said Paris had expressed concerns over Russia’s decision to introduce limits on the number of employees that can be hired at diplomatic missions in the country.

In addition, the French Foreign Ministry condemned Moscow’s decision to bar eight EU citizens from entering Russia, including European Parliament President David Sassoli and Jacques Maire, a member of the French delegation to the Parliamentary Assembly of the Council of Europe. Paris emphasised that such measures are unlikely to defuse tensions between Moscow and Europe, and said it expects the Kremlin to display “responsible” behaviour in the current situation.

The Russian Embassy in France said the summoning of the ambassador is part of an EU-coordinated demarche and emphasised that the anti-Russian hysteria in Europe won’t help improve ties between Moscow and the bloc. Ambassador Alexey Meshkov said Moscow’s restrictive measures were in response to past decisions made by the EU.

The row between the two sides began after the European Union slapped sanctions against six Russian citizens on 2 and 22 March. The restrictive measures were imposed in response to the alleged poisoning of Russian opposition leader Alexei Navalny and the purported persecution of members of the LGBT community in Chechnya.

Tensions escalated further in mid-April after the Czech Republic expelled 18 Russian diplomats, claiming they were working for the country’s intelligence. Prague later accused Russian military intelligence officers of being behind an explosion at a military depot. The Kremlin has dismissed the allegations.

Subsequently, several other European states, including Bulgaria, Estonia, Latvia, Lithuania, and Poland expelled Russian diplomats in solidarity with the Czech Republic. Moscow responded with diplomatic expulsions of its own.

EU Has No Right to Demand That Turkey Stop Drilling in the Mediterranean, Foreign Ministry Says