Earlier, US President Joe Biden announced that all US troops would be withdrawn from Afghanistan by September 11, breaking a previous understanding that suggested American forces would be fully removed by May 1. 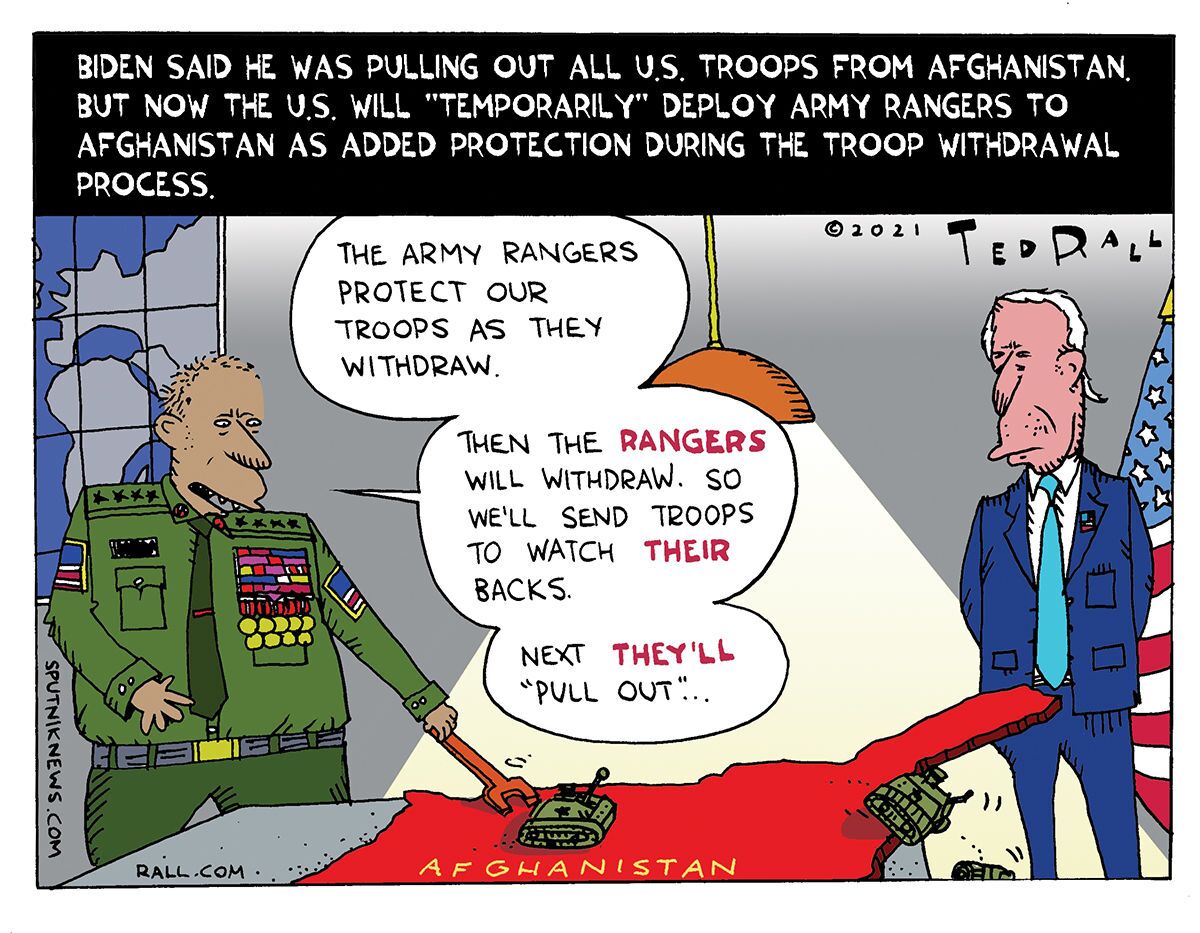 As the US has begun its troop withdrawal procedures in Afghanistan, it was recently revealed that the Biden administration would be deploying members of its US Army Rangers to the Middle Eastern country to serve as added security during the shift.

Karine Jean-Pierre, who serves as the principal deputy press secretary for the White House, informed reporters on Thursday that “elements of an Army Ranger task force” will be temporarily deployed to the region “to assist with the force protection of forces.”

“The president’s intent is clear – the US military’s departure from Afghanistan will not be rushed or hasty,” she stated. “It will be deliberate, and will be conducted in a safe and responsible manner that ensures the protection of our forces.”

The latest move follows another decision by the Biden administration to deploy B-52 bombers to the area in order to help “ensure security” while US soldiers depart the war-torn nation.

‘Brother’ From Another Mother