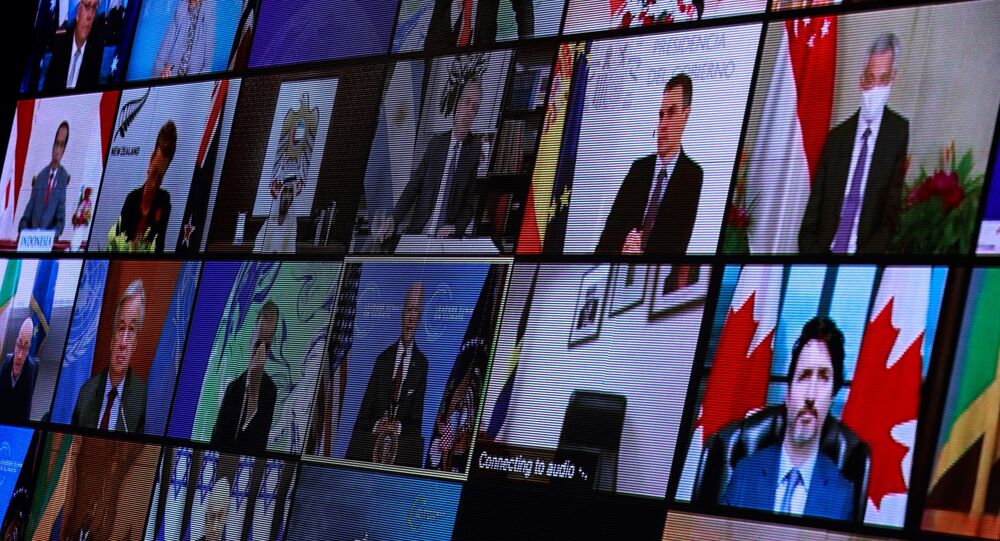 Following damning reports by a local news outlet, the Swedish Environment Minister has been showered with memes and jokes for claiming that he “set the tone” for the recent climate summit hosted by US President Joe Biden.

Swedish Climate and Environment Minister Per Bolund of the Greens controversially claimed that he gave an inaugural speech at the climate summit hosted by US President Joe Biden and “set the tone” for the meeting.

However, the news outlet Samhällsnytt revealed that this was not the case and that Bolund’s speech was actually given a full two hours before the meeting had even begun. Bolund took part in round table talks with the likes of Kazakhstan and Sierra Leone. According to Samhällsnytt, Bolund was conspicuously absent from the summit’s schedule, the hours-long videos posted by the Biden administration, or video gallery alongside fellow world leaders.

Following this revelation, Bolund became a target of cheeky memes in which his face is photoshopped into various historical events, for which he appears to have “set the tone”.

“The Yalta Conference 1945. According to reliable sources in the public service, the negotiations were conducted by Franklin D. Roosevelt, Winston Churchill, Josef Stalin and Per Bolund. It is said that Per Bolund went off to the loo when the photograph was taken,” one user scoffed.

​“Strangely enough, he is present in the black and white photo,” another one said, picking up on the joke.

​“December 1718, Charles XII of Sweden has been shot and is taken home to Sweden. What many don’t know is that Per Bolund went first and set the tone for the entire hearse,” another one chimed in.

​“Did you know that Per Bolund discovered the wheel?”

​“You know that Per Bolund was the first man on the moon, and set the tone there?” another one joined in.

​“Per Bolund setting the tone for the Declaration of Independence, 1776.”

​“I found Per Bolund in the Bayeux tapestry,” another one cheered.

​A known web cartoonist called Steget Efter (The Step Beyond) drew Bolund impersonating a flattering exchange with President Biden, with a voice asking “Per, who are you talking to?”

EU Signs Deal With Gilead to Secure Access to Remdesivir