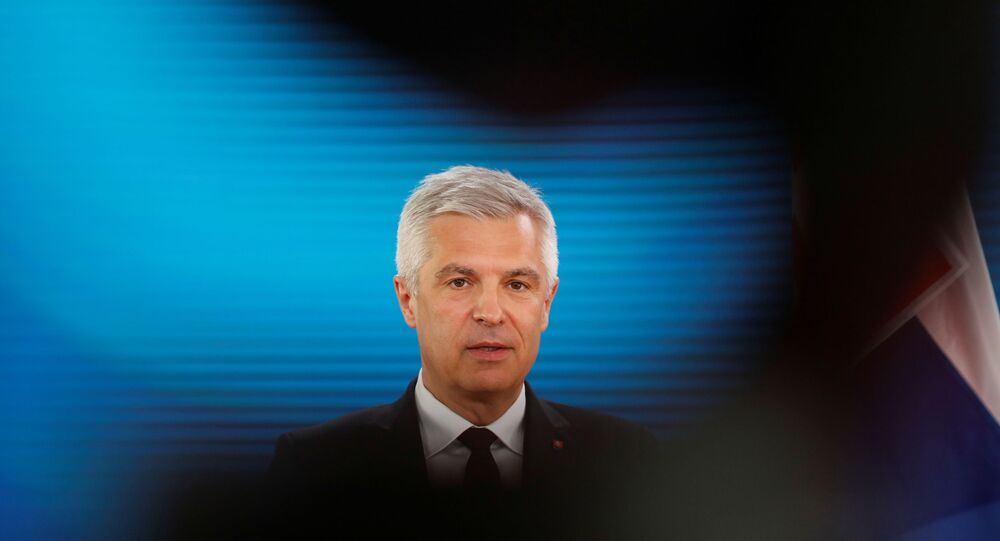 BERLIN (Sputnik) – Slovakia wants to build relations with Russia on the basis of mutual respect, Foreign Minister Ivan Korcok said at a press conference in Berlin amid the decision to expel employees of the Russian diplomatic mission from Bratislava.

“We have made a decision regarding the diplomatic staff of the Russian Embassy in Slovakia on the basis of information from our intelligence services. I want to be understood correctly. And one more point — we very much hope that the general situation can come to detente, firstly, through dialogue … With our decision, we made it clear that we want to build relations with Russia on the basis of mutual respect”, Korcok said.

The minister said he will hold talks with his Czech counterpart in Bratislava on Wednesday.

“We will talk in great detail about the situation in the Czech Republic after the latest events, which have largely affected Slovakia”, he said.

Bratislava “heard with concern what the Czech side found out and what the intelligence services discovered” in connection with the incident in the Czech village of Vrbetice, he said.

Earlier, Slovak Prime Minister Eduard Heger said that three employees of the Russian Embassy in Bratislava must leave the country within a week in accordance with the current geopolitical situation, as well as with the situation in the Czech Republic. Russia said it reserved the right to a response.

Norway Ponders Recommending Double Masking Against COVID-19 in US Footsteps