US President Joe Biden announced in early April that Washington would not be able to make its May deadline to remove all American troops from Afghanistan, noting instead that the Land of the Free would instead be pulling out forces by September 11 – the 20th anniversary of the terrorist attacks. 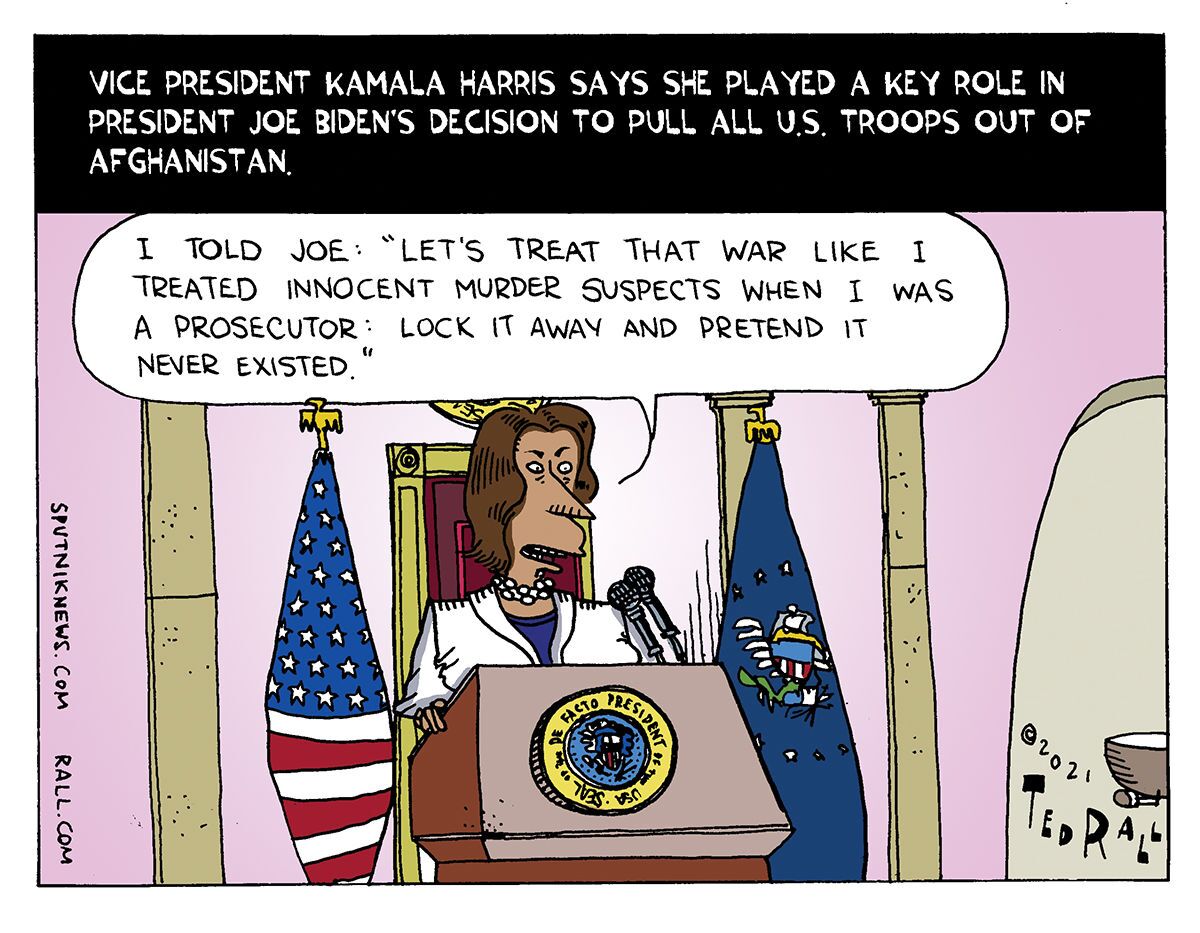 US Vice President Kamala Harris recently suggested that she played a key role in Biden’s decision to withdraw all American forces out of Afghanistan by the new proposed deadline, acknowledging that she was indeed the last person in the room.

In an interview with CNN’s Dana Bash, Harris confirmed that Biden has sought her take on major administration decisions, similar to the working relationship between Biden and former US President Barack Obama.

Asked whether Biden weighed on Harris regarding his Afghanistan decision, Harris confirmed the occurrence to Bash, adding that she felt “comfortable” with the outcome.

“He is someone, who I have seen over and over again, make decisions based on what he truly believes … is the right thing to do,” the vice president said. Biden is “acutely aware that it may not be politically popular, or advantageous for him personally; it’s really something to see.”

In the wake of Biden’s Afghanistan decision, reports surfaced detailing that military brass and intelligence forces were not exactly thrilled with the move. In fact, Politico reported at the time that Biden pulled rank after military officials argued to keep some US troops in the country to ensure that the Taliban is kept in check.

Ghost of Administration Past