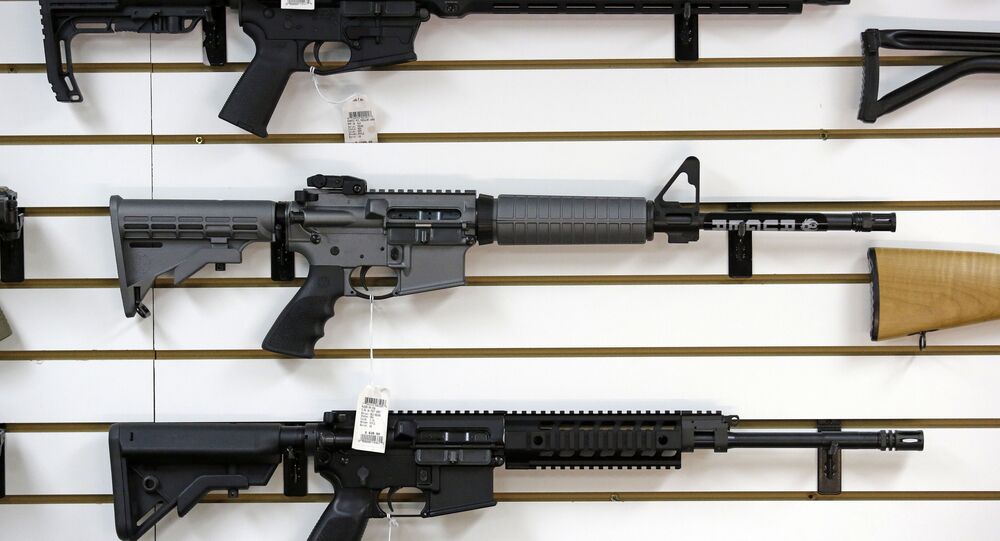 Since the start of the COVID-19 pandemic, gun sellers across the US have reported a major spike in firearm and bullet purchases. The rise of uncertainty among US citizens who are now required to sit at home has brought with it the fear of food shortages, government shutdown and many more existential crises.

According to a report from the National Shooting Sports Foundation (NSSF), there has been a nearly 60% increase in firearm sales among Black women and men in 2020 including more than 8 million people who were first time gun-purchasers and an increasing number of women.

“Once COVID hit, that was the line in the sand,” said Phillip Smith, founder and president of the National African American Gun Association (NAAGA). “You had to sit there and say, ‘Is there going to be a total breakdown of social order? Is there going to be food for my family? Will we have gas? Will everything crumble in our general society and will we literally have to fight people off?”

NAAGA is a gun rights organization that provides support, training and community for new gun owners. It was founded in 2015 and has 45,000 members nationwide who they believe have an inalienable right to self-defense. The pro-Second Amendment organization has a goal to make sure every African American is introduced to firearm training for home protection, competitive shooting and outdoor recreational activities.

Many new gun owners cite wanting firearm knowledge, confidence and a sense of security as the reason for purchasing a firearm.

“I wanted to be knowledgeable about firearms. I wanted to gain confidence about navigating my personal life, professional life and security,” said Janice Dalton in an interview with CBS about why she purchased a gun and signed up for training. “That sense of security is really important.”

Black gun ownership in the US has been a tradition following the American Civil War, where newly freed Black people formed militias in a move towards self-defense. Many pro-firearm Black gun groups, like the Not F**king Around Coalition (NFAC) have marched peacefully at protests with their guns in hand, demanding justice.

​The unveiling of these statistics come during a fierce debate on gun laws in the US following 147 mass shootings and over 200 shootings by police since the start of the year. Motivation for increased firearm purchases among Black people can also be linked to a need for self-defense after the high-profile cases of vigilante killings of Black men, including the death of Ahmaud Arbery in 2020.

This month US President Joe Biden announced new executive orders on gun control in response to the mass shootings, such as a proposed legislation on “red flag” laws, which would allow a person to be temporarily barred from accessing firearms if they are believed to be a danger to themselves or someone else.

Gun owners like Dalton are not deterred by the mass shootings and continue to believe in the right to bear arms, despite the pushback from some anti-gun supporters.

“They’re entitled to their opinions and their value systems. And if they choose to navigate from that perspective, I certainly understand and I’m respective [sic] of that,” said Dalton. “There are other folks who think that additional layer of confidence, knowledge and empowerment is critically important.”