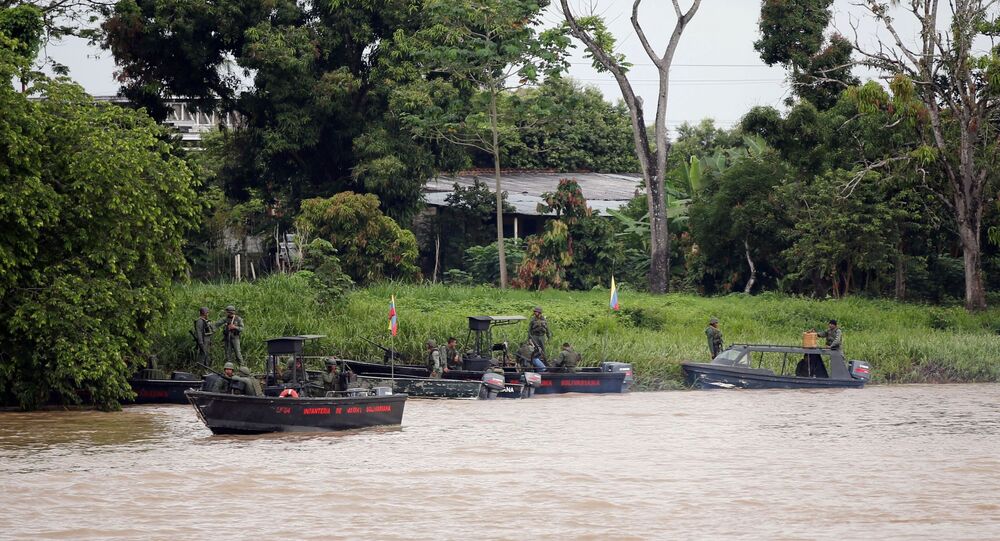 MEXICO CITY (Sputnik) – The Venezuelan armed forces on Monday reported continuous fighting with militants at the border with Colombia in the state of Apure, which has resulted in casualties and injuries.

“In the last 72 hours, vicious fighting with Colombian irregular armed groups has been taking place, specifically in uninhabited areas to the west of La Victoria”, the military said in a statement.

The military added that several servicemen had died, while the injured were receiving medical assistance. The military managed to capture several militants and destroy their temporary structures.

Venezuela launched an operation on 21 March to root out militants in the area near the Venezuelan-Colombian border, destroying several camps, seizing weapons and arresting dozens of people. The operation was initiated in response to an armed attack on a checkpoint controlled by the Venezuelan military in the border city of La Victoria. In early April, eight Venezuelan soldiers were reported to have perished in the clashes, while 34 were injured.