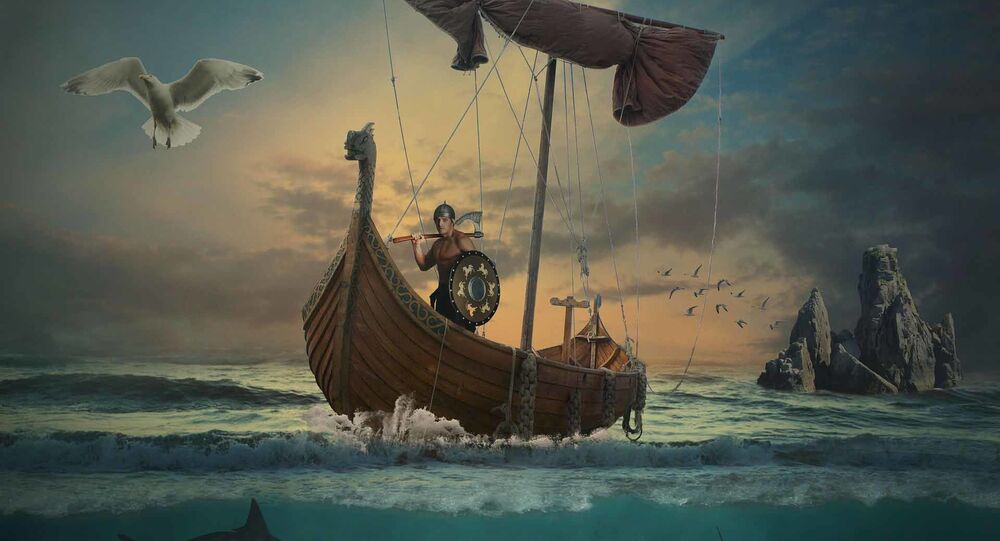 Besides the cave, researchers found rare artefacts from the Middle East as well remains of orpiment, which, according to the archaeologists, came from Turkey. How these things ended up in an Icelandic cave remains a mystery, the researchers say.

An international team of scientists from Iceland, Norway, and the United States has discovered a boat made of stone in Surtshellir Cave in Iceland, which researchers say could have been used by Vikings to avert Ragnarök – the end of the world in Norse mythology.

According to the findings of the study, which was recently published in the Journal of Archaeological Science, the cave is located near a volcano that erupted almost 1,100 years ago.

“The impacts of this eruption must have been unsettling, posing existential challenges for Iceland’s newly arrived settlers”, reads the study.

The scientists write that after the lava cooled, Vikings entered the cave and constructed a boat, where they conducted rituals. Bones of sheep, goats, horses, and pigs were burned inside the boat as a way to ward off the apocalypse. Historical records show that Vikings thought of the cave as Surtr, a mythological giant who would unleash the end of humanity.

“The world would end when Surtr, an elemental being present at the world’s creation, would kill the last of the gods in the battle of Ragnarök and then engulf the world in flames”, the researchers wrote.

Another theory as to why Vikings conducted sacrifices and placed artefacts inside the boat is that they tried to strengthen Freyr, the god of peace and fertility, who fought against Surtr.

Researchers claim that even after Iceland converted to Christianity, people continued to believe in Ragnarök. To corroborate their hypothesis, they cite that the last objects placed in the boat were a set of scale weights, with one in the form of a Christian cross. The Surtshellir Cave continues to be associated with the apocalypse. According to one tradition, it is considered “the place where Satan would emerge on Judgment Day”, the scientists wrote.