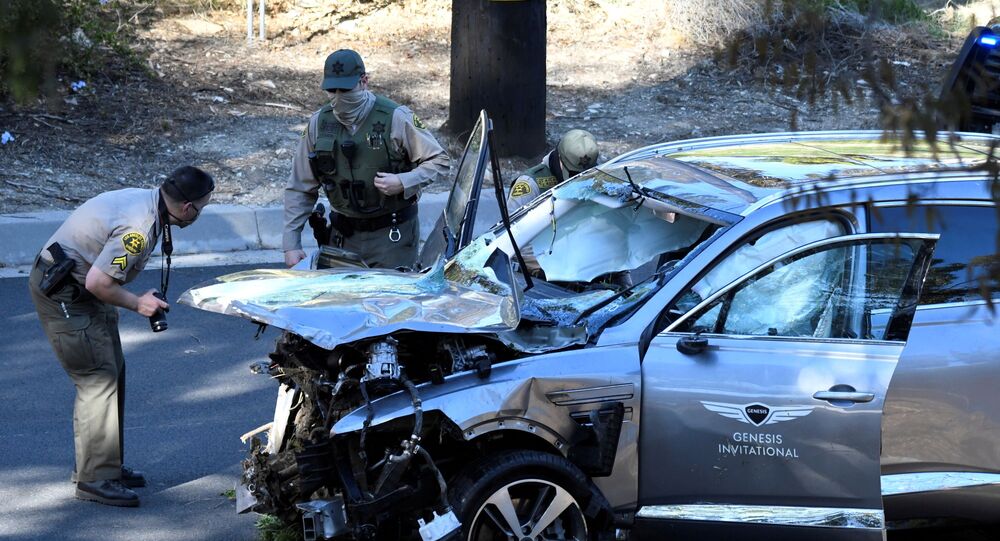 Famed US golfer Tiger Woods was the only person injured after he presumably lost control of his vehicle while traveling over 80 mph in a 45-mph zone. It was recently revealed that the 15-time major champion was “somewhat combative” after the wreck and, at first, thought he was in Florida, rather than Los Angeles, California.

Woods, 45, gave his fans and followers a glimpse at his road to recovery with a new snapshot to Instagram on Friday.

“My course is coming along faster than I am,” Woods wrote, presumably referring to a project with TGR Design, his golf course design firm.

“But it’s nice to have a faithful rehab partner, man’s best friend,” the caption concluded.

Despite his orthopedic walking boot and crutches, Woods appears to be all smiles in the photo with his dog, Bugs.

Citing a 22-page collision report, Sputnik reported earlier this month that the 15-time major champion’s black box data showed that, on February 23, Woods did not brake for an upcoming curve in the road, but instead hit “the gas pedal at 99% in the final seconds before hitting the raised median.”

After hitting the median, Woods’ vehicle jumped the curb, struck a tree and tumbled down into Rolling Hills Estates, California.