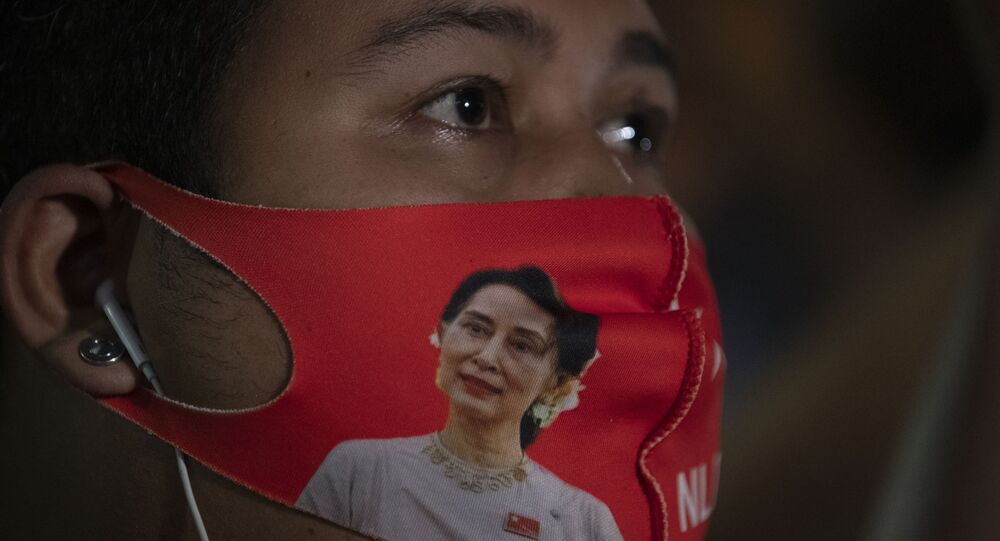 MOSCOW (Sputnik) – Myanmar’s military government that came to power in February secures all the rights and needs of the ousted national leader, Aung San Suu Kyi, and currently has no plans to advance charges over her involvement in the unrest, military government spokesman Gen. Zaw Min Tun said in an interview with Sputnik.

Myanmar Now news portal reported, citing a lawyer, that the military accused Aung San Suu Kyi of violating the law on state secrets, which is punishable with up to 14 years in prison.

“Aung San Suu Kyi is under house arrest at home. She receives all the rights that she should receive under house arrest. Her health is fine, we secure all her personal needs. Everyone saw this when she contacted her lawyer via videoconference. The lawyer herself saw all this, she can confirm that Aung San Suu Kyi’s health condition is fine,” Zaw Min Tun said.

“So far, she is charged under six articles. They are known to everyone. There are no new ones yet. But we already have enough evidence that she is involved in large-scale corruption. All witnesses have already confessed. There are no other articles there yet, we are still investigating. As for these terrorists, she cannot be in either direct or indirect contact, as she is under house arrest. Maybe something was planned in advance. But if it is true, we will have to find evidence. We will not put forward such accusations without evidence,” the military spokesman added.