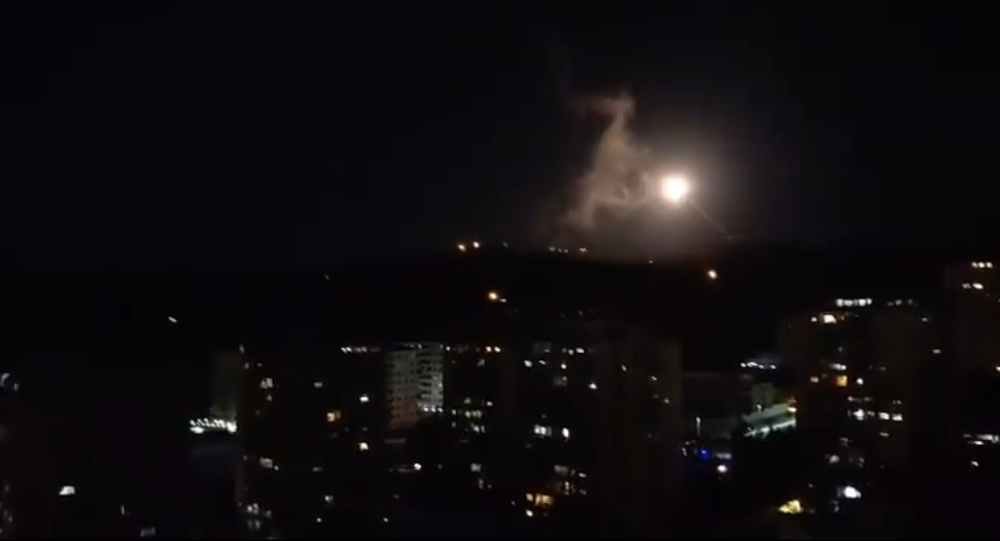 The SANA report follows a statement from the Israeli Defense Forces (IDF) that a siren alert had been activated in Abu Karinat, a village close to the city of Dimona, where Israel’s nuclear research center is situated.

The Israeli Defense Forces announced on Thursday that the Israeli army had attacked missile batteries in Syria, responding to a launch of a missile that fell earlier in the day near the Shimon Peres Negev Nuclear Research Center.

​”Approximately at 01:38 today [22:38 GMT on Wednesday], Israel committed an act of air aggression with the use of missiles from the occupied Golan Heights, having hit some targets in the outskirts of Damascus. Our air defense systems have repelled the aggression and downed the majority [of missiles]. The aggression left four servicemen injured and caused some material damage,” the Syrian defense ministry said in a statement.

Syria has been constantly reporting airstrikes, accusing Israel of them. Tel Aviv, in turn, claims it targets what it said to be Iranian-backed militia, operating in the country.

Failure for Some, Success for Others: How Israeli Companies Cope With COVID-19

US Reportedly Builds New Base in Kurdish-Controlled Part of Syria