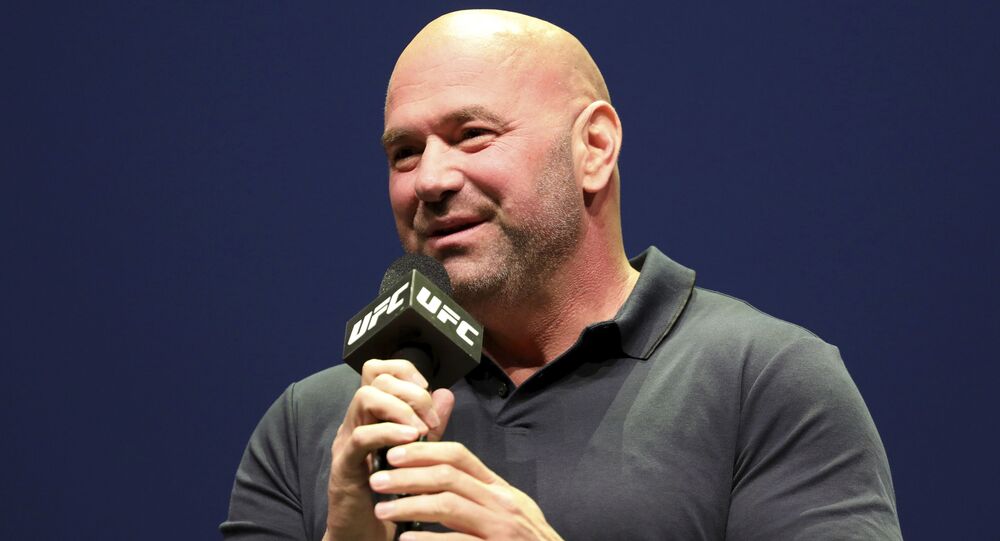 White denied on Monday that he ever agreed to a bet with the rapper after Paul beat Askren at a fighting match hosted on the new entertainment platform Triller Fight Club.

The pay-per-view, first-round knockout, had resulted in Snoop Dogg, who served as a commentator during the fight, shouting into the microphone, “Dana White, where my money at?”

“I can tell you this: I don’t owe Snoop $2 million. I never bet,” White told Yahoo! Sports on Monday. “Let me make it clear right here to everybody: I have never made an illegal bet, ever. I did not make an illegal bet on Saturday night. I did not bet $2 million with Snoop or anybody.”

However, White did admit that Triller, which is co-owned by Snoop Dogg, approached him with the $2 million wager ahead of the fight. The UFC president claimed that he never accepted the bet.

“Javier Mendez called me right after I did the Mike Tyson podcast – he’s the head coach at [American Kickboxing Academy] – and he said these guys at Triller, they want to take that bet. ‘They want to bet you $2 million.’ I said, ‘It’s f**king illegal,’” White recalled.

Snoop posted White’s comments to Tyson on his Instagram page last month and called out the UFC president in a video posted by TMZ.

“Hey Dana White, I see you got faith in your boy right?! Going up against my guy Jake. You say you got a million?! You’re the CEO of UFC. You got more than a million. Put up TWO. Put up $2 million and we’ll match it,” Snoop taunted.

“C’mon Dana, whatchu waitin on?! Your money is good,” the rapper stated. “Yeah, I got Jake. Fight night. That’s my guy. That’s my dog in the fight. $2 million. Holla at me, Dana White,” he continued in the video.

The Saturday night fight, which barely hit the two-minute mark, was set on fire right before the knockout. At one point during the event coverage, Snoop Dogg can be heard shouting, “You think I’ma put $2 million on a motha f***kin’ goofball?,” after which Paul pulls off his straight right-hand win, causing Snoop to shout “Get my motha f**kin money Jake!”

Paul, a controversial internet personality, was always the fan favorite to win. White credited the YouTuber for entering and winning the fight, but hinted that it was more of a “shtick” than an actual win.

“When you look at this whole Jake Paul thing that’s going on right now, boxing continues to go like this,” White said while motioning his hand downward during the Yahoo! Sports interview. “This is the right guy with the right shtick at the right time.”

“This guy is playing this thing perfectly, and boxing is in such a bad place, they’re doing a really good job at sucking in people to buy into this thing. And good for him,” he added.

Snoop Dogg’s new rap supergroup, Mount Westmore, which features Ice Cube, Too $hort, and E-40, also made their live debut during Saturday’s fight, which took place at Atlanta’s Mercedes-Benz Stadium. Since the win against Askren, many new challengers have called out Paul to step into the boxing ring, including UFC fighters Cody Garbrandt and Tyron Woodley.

Portrait of Prince Harry Created by a Pig Sells For Over £2,000

‘They Made Him Stay’: Netizens Upset as Messi Says He Won’t Leave Barcelona

Musk Names Himself Commander of Mars – in Latin