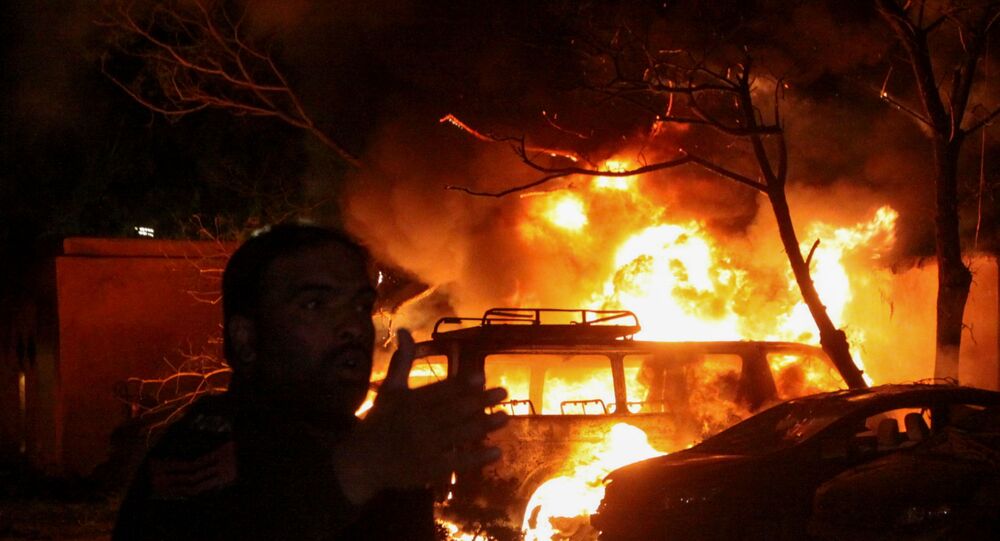 A car explosion at a luxury hotel’s parking lot in Quetta, Pakistan on Wednesday took the lives of four people, injuring a dozen more. Pakistan Interior Minister Sheikh Rashid Ahmad said that day that China’s ambassador had been staying at the targeted hotel.

China has strongly condemned a car bomb explosion in Pakistani city of Quetta on Wednesday.

China’s Ministry of Foreign Affairs spokesman Wang Wenbin, however, said during a Thursday press briefing that there were now reports about casualties among a Chinese delegation in the area, as no envoys were staying in the hotel that was affected by the blast.

On Wednesday evening, a car exploded in the parking area of the luxury Serena Hotel in Quetta, the capital of Balochistan province.

Explosion in the parking area of Serena Hotel, #Quetta🇵🇰. A massive blast has again jolted the city💔

Thoughts and prayers for the victims and their families. May ALLAH keep everyone safe! Ameenpic.twitter.com/yvkeXzIGw0

Four people died as a result of the blast, and some 12 more were injured. According to Pakistan’s Interior Minister Sheikh Rashid Ahmad, China’s ambassador was staying at the hotel but was “out at a function” at the time of the attack. However, China’s Foreign Ministry didn’t confirm this statement.

Chinese Ambassador Nong Rong had been in the city earlier to meet with local Chief Minister Jam Kamal, according to a tweet from the provincial government.

According to Provincial Home Minister Ziaullah Lango, who spoke to Mr. Rong after the explosion, the envoy was “in high spirits”. He expected to wind up his visit to Quetta on Thursday.