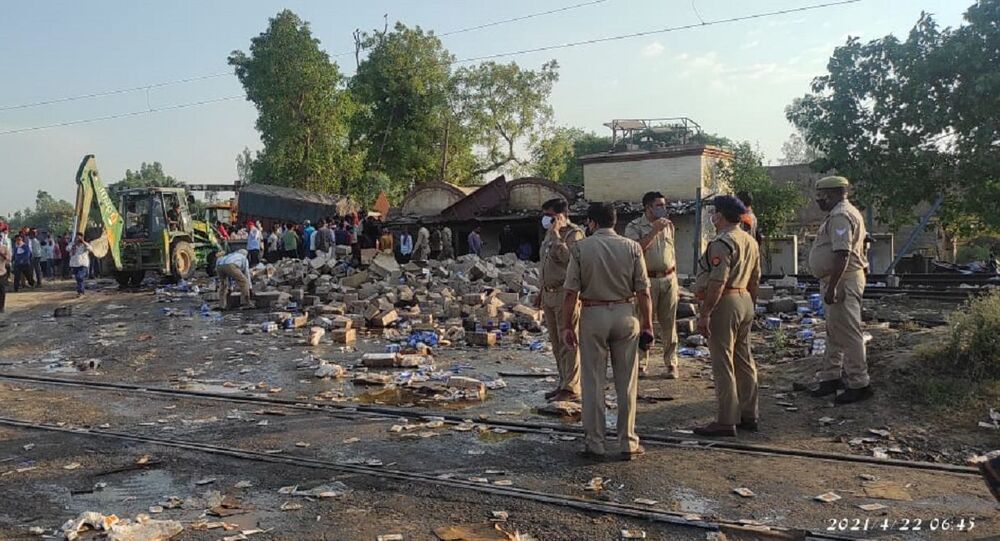 According to the railway officials, rail services along the Delhi- Shahjahanpur (Uttar Pradesh) section were delayed for more than 3 hours due to the accident.

At least five people were killed and several injured after a passenger train collided with a truck and a motorcycle at a railway crossing  in India’s Uttar Pradesh on Thursday morning.

According to the district officials, the accident occurred at around 5.30am (local time) at the Hulasnagla railway crossing in the state’s Shahjahanpur district.

​Speaking to Sputnik, District Magistrate of Shahjahanpur district Indira Vikram Singh said that following the incident, the Chandigarh-Lucknow super-fast express train’s engine was damaged but a major accident has been averted as the train which was carrying hundreds of passengers and could have derailed.

“Preliminary investigation has revealed that the crossing was open when the express train rammed the vehicles. A probe has been ordered” he said.

The injured are undergoing treatment at a government hospital.

Meanwhile, the district administration has announced an ex gratia payment of INR 200,000 ($2,665) to the families of the deceased.