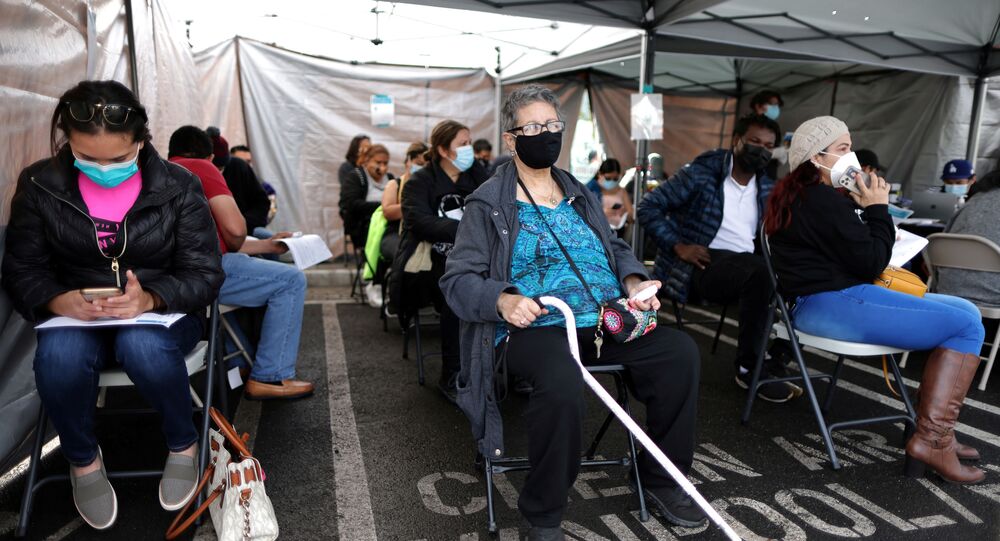 WASHINGTON (Sputnik) – President Joe Biden plans to announce that the United States is on track to meet his revised goal of 200 million coronavirus vaccine jabs in the first 100 days of his administration, the White House said on Wednesday.

“In today’s remarks, the President will note that the United States will reach over 200 million shots this week,” the daily presidential schedule posed by the White House said.

Shortly after his inauguration in January, Biden doubled his initial pledge to vaccinate 100 million Americans against the coronavirus in his first hundred days in office as the vaccination campaign gained steam.

As of Wednesday morning, the US Centers for Disease Control and Prevention (CDC) reported that 213.4 million Americans had received at least one jab, more than half of the nation’s adult population, with just over a week to go before the symbolic 100th day of the Biden presidency.