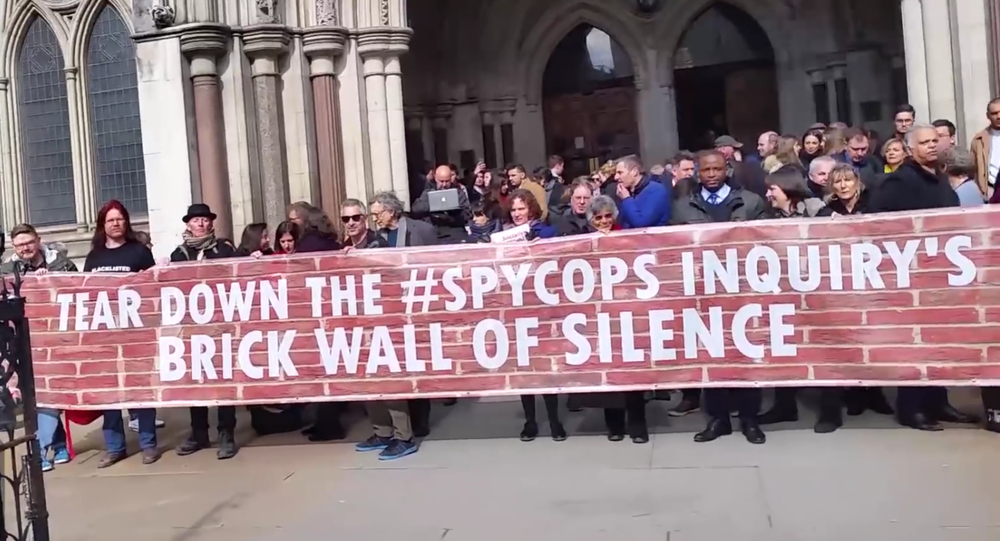 The Undercover Policing Inquiry began in November, after five years of preliminary investigation. Now the second phase is examining allegations that for years undercover police officers engaged in sexual relationships and other deceptions with people under surveillance.

As the second phase of the Undercover Policing Inquiry gets under way the Metropolitan Police has sought to play down some of the allegations, claiming they came amid the “challenging backdrop” of social unrest and attack by Irish terrorists.

The so-called Spycops Inquiry began, on Wednesday 21 April, examining the work of the Special Demonstration Squad (SDS) between 1973 and 1982.

​The inquiry was set up in 2015 by the then Home Secretary Theresa May after it emerged that members of the SDS had used dead children’s identities as cover names, had deceived women into long-term relationships and had even fathered children with activists while working undercover.

The SDS was set up in 1968 and finally disbanded 40 years later.

In 2015 the Met settled seven claims from women who suffered from the “unacceptable behaviour” of a number of undercover police officers working for the SDS.

After these #SpyCopsInquiry hearings, we’ll have secret ‘closed’ hearings for officers whose identity is protected. Then we’ll have Tranche 1 Phase 3 dealing with managers 1973-82. These were planned for October but will now be in the 1st half of 2022 https://t.co/RAf08VMF77

She said when undercover officers volunteer they are often putting their lives in danger.

Ms Ball said: “This second phase of the Inquiry will examine the work of SDS in the 1970s and early 1980s – a time of immense social change and civil unrest.”

“During this period, the IRA started its bombing campaign in England; striking workers caused widespread disruption, which culminated in the ‘Winter of Discontent’ and there were a number of violent protests and riots. It was against this challenging backdrop that the SDS were operating,” she added.

A former undercover police officer who became a whistleblower told the inquiry in November that in future the means of “state-sponsored deception” had to be justified by the ends.

​Peter Francis’s lawyer read out a statement in which he said it “beggared belief” the Women’s Liberation Movement or the Croydon Libertarians could have ever posed a threat to society.

Mr Francis said the systems in place now were totally different to those in place when he was an undercover officer but he said he still did not believe there was enough “judicial oversight” over undercover work and the deceptions involved.

Ms Ball said some officers had engaged in behaviour which was “clearly inappropriate and unacceptable.”

She concluded: “The Met acknowledges that these cases caused significant harm and distress, and for this we are sorry. However, I want to make clear that undercover policing has undergone significant reform over the decades since this happened and is an area of policing which the public can have full confidence in.”

Making an opening statement, David Barr QC, counsel to the inquiry, said some former SDS officers will give evidence anonymously during the second phase and Lindsay German, a founder member of the Stop The War Coalition, would give evidence during the third phase later in the year.