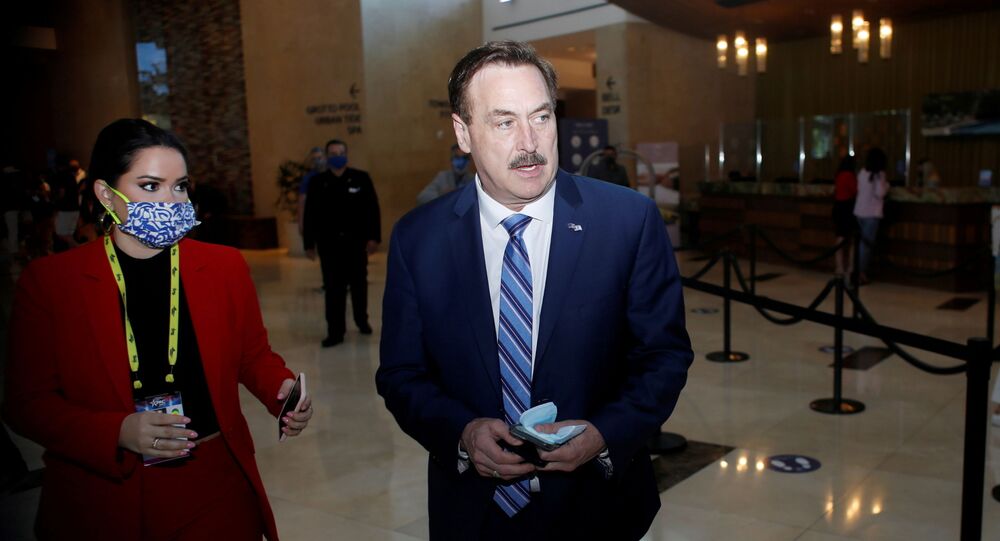 The MyPillow head and one of the previous US president’s fiercest supporters, Mike Lindell, was permanently banned on Twitter for posts supporting Trump’s claims of “fraudulent elections.” Lindell later said he would create his own social media platform to counter what he claimed was mainstream media censorship and suppression of his free speech.

MyPillow CEO Mike Lindell was played by pranksters who telephoned him posing as the former US president, Donald Trump, during a telethon held on Monday to raise money for Lindell’s planned social media platform.

While taking phone calls, he got one from a woman who claimed she had ex-POTUS on the line.

“Oh, we have the president here, our real president, everyone,” Lindell said.

After the prankster shouted obscenities, a bemused Lindell rushed to drop the call.

“You see what they’re doing. They’re attacking us,” he commented afterwards.

Last week, Lindell, one of the most ardent Trump supporters, announced that he would launch his own social media platform ‘Frank’ that he claimed to have been was working on for four years.

The initial name of the projected platform, “Vocl,” reportedly was stopped by the threat of legal proceedings as another social media network with a similar name, “Vocal,” whose umbrella company, Creatd, Inc., threatened to sue Lindell if the latter attempted to use the name.

Lindell’s Twitter account was suspended in January for violating its “civic integrity policy” by publishing posts regarding the 2020 presidential race, including those claiming that Dominion voting systems played a role in a purported rigging of votes.

The Dominion company has filed a massive lawsuit against the MyPillow CEO for what the former says is a “defamatory marketing campaign.”

Biden Could Appoint Caroline, Vicki Kennedy as US Ambassadors – Reports

Trump Jr. Slams Cuomo as ‘Groper-in-Chief’ Who ‘Was Willing to Speak Poorly About My Father’