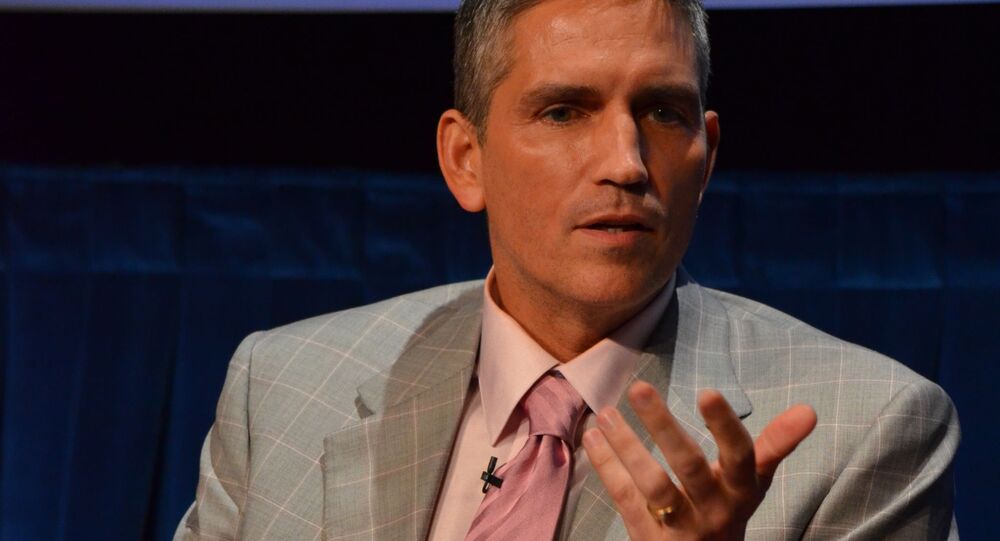 Supporters of the QAnon theory believe there is a group of Democrats and Hollywood celebrities who worship Satan and are engaged in cannibalistic rituals. Members of this alleged cult are paedophiles and run a sex trafficking ring. Supporters of the theory also believe that Donald Trump has been waging a war against this group of people.

Actor Jim Caviezel has caused a stir on social media after he promoted a conspiracy theory at the “Health and Freedom Conference” in Tulsa, Oklahoma, while speaking about his new movie “Sound of Freedom”, which tells the story of a former US special agent, Tim Ballard.

Ballard, who has reportedly become very popular among QAnon supporters, has created two organisations that combat human and sex trafficking, with a special focus on children, also helping persecuted religious minorities. Caviezel said the activist was supposed to appear with him at the conference, but was off “saving children”.

“They [activists] are pulling kids out of darkest recesses of Hell right now”, the star of Mel Gibson’s The Passion of the Christ said, before adding that Ballard and his supporters save children from adrenochroming.

The host of the conference then asked the actor to elaborate on the issue. Caviezel said the following:

“I’ll just simplify it: when you are scared, you produce adrenaline, if you’re an athlete and you get in the fourth quarter, you have adrenaline that comes out of you. If a child knows he’s going to die, his body will secrete this adrenaline.”

​After snippets of the video were posted online, it went viral, with the actor trending on social media. However, many netizens were appalled by his remarks.

​Some users said they stopped liking the actor.

Welp, there goes my appreciation for Jim Caviezel…

This makes me kinda sad. I really liked his performance in The Thin Red Line. And to see him talking adrenachrome harvesting on children…

Why hasn’t the “adrenochroming of children” resulted in a rash of missing children reports or panic at hospital maternity wards? I’m so confused… also, “adrenochroming” isn’t a real word. How do we make the qrazy stop?

​However, there were also those who praised the actor for speaking what they believe is the “truth”.

Love you, Jim!!! God will honor & bless you for your sacrifice & fearless speaking of truth!!! You’re a hero of epic proportions in these Biblical times…Godspeed, brother!!!!!!!!

Jim Caviezel is a hero. He put his reputation, career and life on the line for humanity. Hollywood will now discredit him and call him crazy. God and his children are more important. Those of us awake know the truth. If you feel the same please share for Jim and show ur support.

​Some users claimed that the adrenochroming of children is real.

It is dangerous not to release the truth to the public.what are they waiting for? So tired of people thinking these evils are normal and should be in leadership positions.Come on! The disservice to humanity is not blowing the lid wide open on this crap.#SAVETHECHILDERN