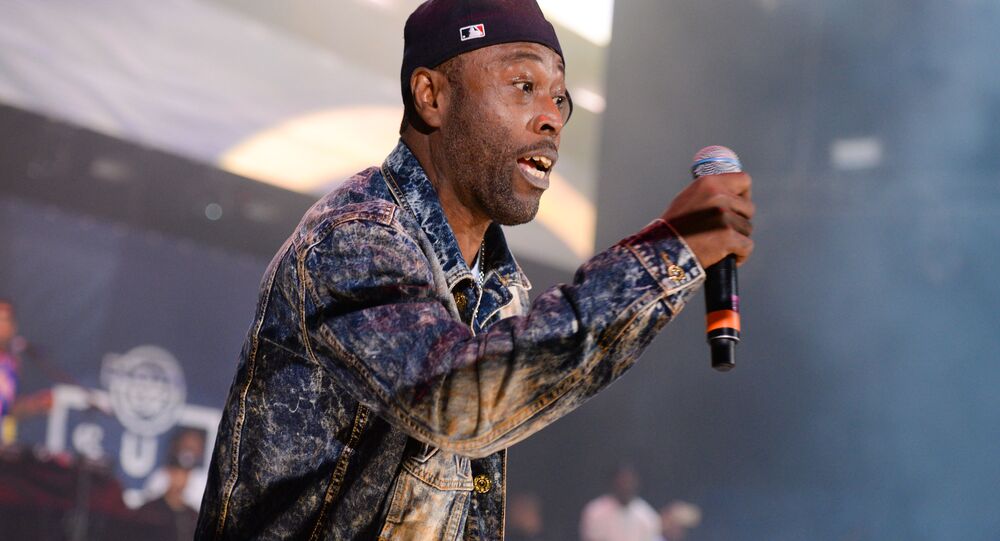 The former Bad Boy MC reportedly passed away after being treated for kidney failure. According to videos posted on social media by Rob’s label counterparts, the rapper had been struggling with health issues for five years, and his condition had seriously deteriorated recently, as he looks terribly skinny and weak in the clips.

Rapper Black Rob has died at the age of 51, entertainment manager Kal Dawson confirmed on Saturday via an Instagram post.

While Dawson did not elaborate on the details, rapper Mark Curry, a collaborator of Rob and Diddy’s, also shared the sad news. Curry shared a very emotional video confirming with tears in his eyes that Rob had passed away.

NYC radio personality DJ Self also confirmed his death. Self had been by Rob’s side in his final days, posting videos from his hospital bed in Atlanta, including one in which Rob spoke about rapper DMX passing away.

According to TMZ, in one of the clips Rob sounded like he might have been homeless, as he repeatedly said he needed “rest”.

Rob’s fans apparently learned about his deteriorating health from that very video of him speaking about DMX: “I feel everything about X. X was positive. Love to X”. In another clip, Rob looked terribly weak, it appeared that he was struggling to talk.

“Oh man, I’ve been dealing with this for five years. Four strokes … I don’t know what to tell you man. Shit is crazy. The sh*t is hard,” Rob said. “I don’t got no house to live in—except maybe an apartment. Me and my man be trying to get together. I’m telling you man, this shit is strange. It’s hard, you know what I’m saying?”

To help out the rapper, a GoFundMe campaign was launched to “help him find a home, pay for medical help & stability during these trying times.” “We’ve lost a lot legends and we can’t afford to lose anymore,” the caption on the campaign’s website said.

Born in Buffalo, New York, Black Rob is famous for his 2000 hit single “Whoa!”. The rapper left Bad Boy in the mid-2000s but reunited with his label mates in 2016 as part of the Bad Boy Family Reunion Tour.

‘If He Buys You Flowers, Buy Him Grass’: Cardi B Says Men Must Give Pricey Valentine’s Pressies