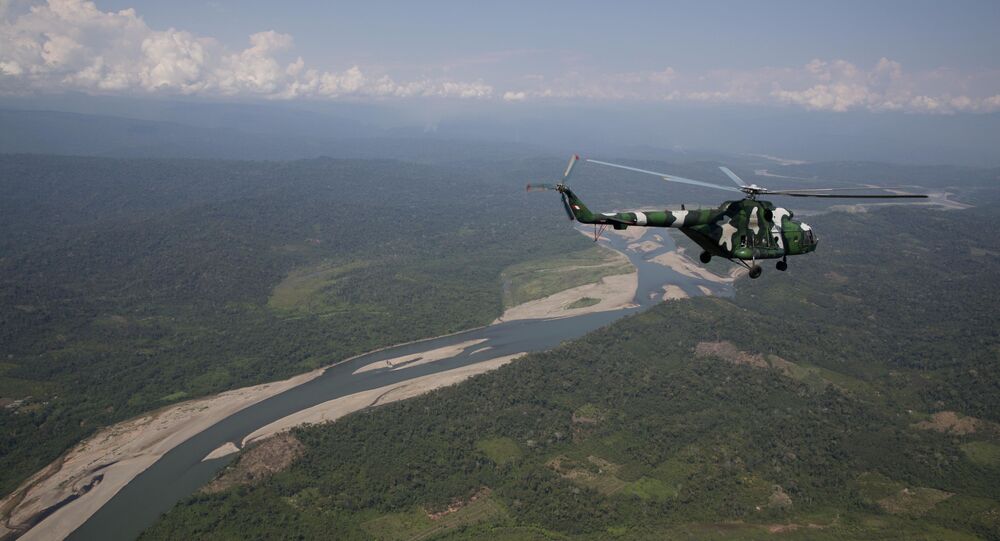 MOSCOW (Sputnik) – At least five Peruvian servicemen died in a helicopter crash in the country’s Department of Cusco, the Joint Command of the Armed Forces of Peru (CCFFAA) said.

The accident occurred on Saturday morning, while the helicopter, carrying a total of 12 servicemen, was performing a reconnaissance operation against illicit drug trafficking, according to a CCFFAA statement, released on Twitter.

“The Joint Command of the Armed Forces deeply regrets the death of the courageous members of the Armed Forces and expresses its deepest condolences to their families,” the statement says, listing the names of the five soldiers who died in the accident.

According to CCFFAA, another two servicemen are being searched for, while five others have been rescued.

The accident occurred as a result of a mechanical failure, which caused the helicopter to crash into Vilcanota River, CCFFAA said.