Earlier, US President Joe Biden announced that he was ordering the complete removal of US troops from Afghanistan by September 11, pushing back the initial May 1 deadline by several months. 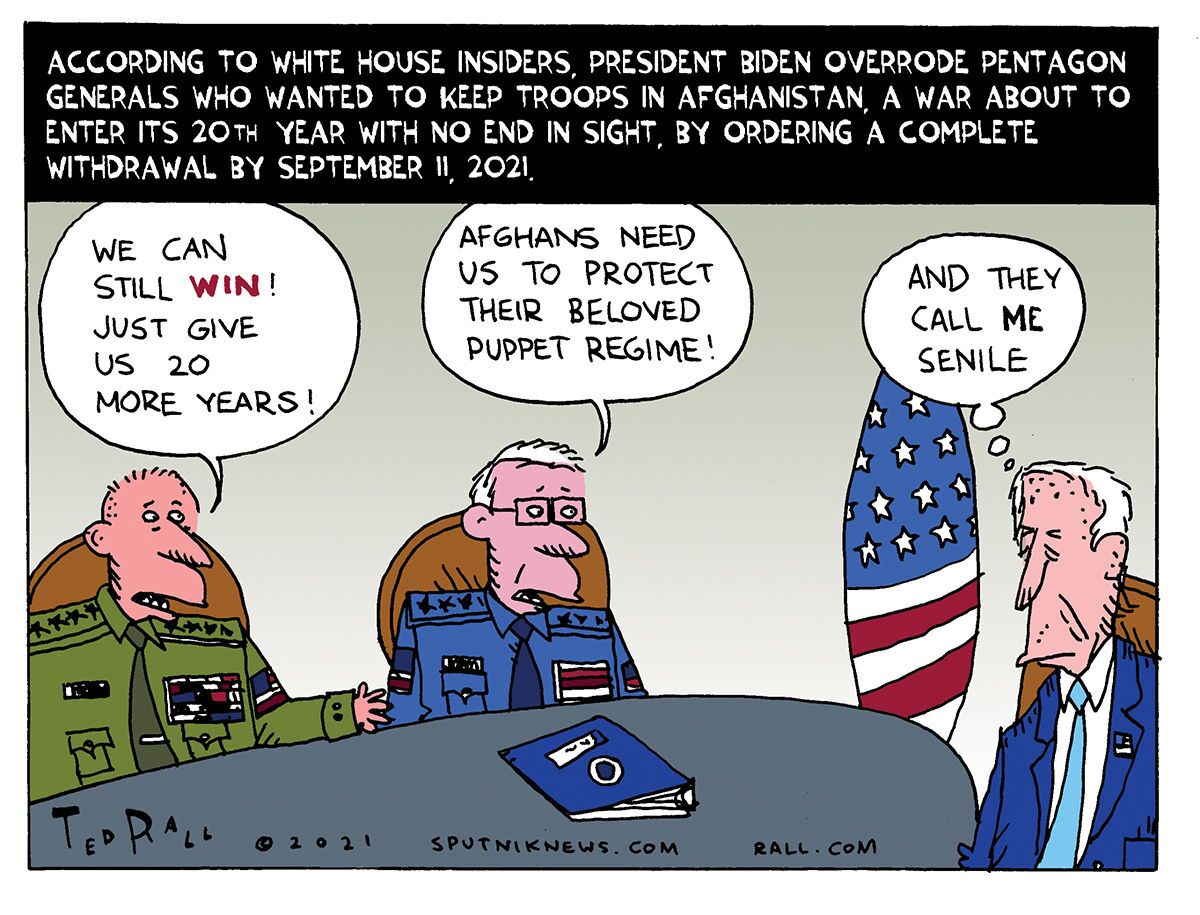 Reports surfaced on Thursday that Biden pulled rank and overruled top US military leaders who were advocating for keeping a small portion of US soldiers in Afghanistan.

Citing sources familiar with the discussions, Politico reported that military brass wanted to keep American troops on the ground to keep the Taliban militant group in check, as well as preventing the Middle Eastern nation “from once again becoming a haven for terrorists.”

The top military officials who were in favor of maintaining a US presence in the country included Chairman of the Joint Chiefs of Staff Gen. Mark Milley and four-star commanders with the US Forces-Afghanistan, US Central Command and the Special Operations Command.

Shortly after, US Defense Secretary Lloyd Austin told reporters during remarks at the NATO headquarters that the decision was part of an “inclusive process” that saw military leaders’ “concerns taken into consideration.”

In the wake of Biden’s announcement, the Taliban has indicated it would be halting diplomatic negotiations until all foreign forces withdraw from the country. Estimates suggest that at least 3,500 US troops and about 7,000 NATO-allied soldiers remain in Afghanistan.