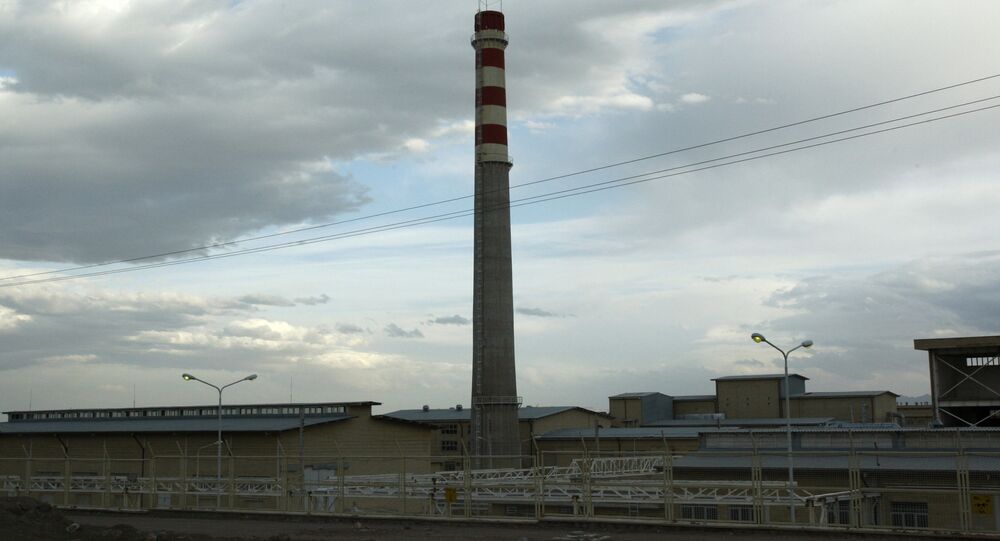 Tehran announced earlier this month it would be boosting its uranium enrichment despite a blackout at the Natanz nuclear power plant that the Islamic Republic blamed on Israel.

The speaker of the Iranian parliament announced on Friday that the nation had succeeded in its plans for uranium enrichment.

At the same time, the head of the Atomic Energy Organisation of Iran, Ali Akbar Salehi, confirmed that the operation is “underway at the Martyr Ahmadi Roshan nuclear facility” in Natanz.

Iran managed to boost its programme using IR-4 and IR-6 centrifuges, which are much faster than its first-generation IR-1 centrifuges, allowed by the 2015 nuclear deal.

Scoop: Another Tanker Briefly Runs Aground in Suez Canal

US Sneaks Another Convoy Containing Dozens of Vehicles Into Syria Via Iraq, Report Says