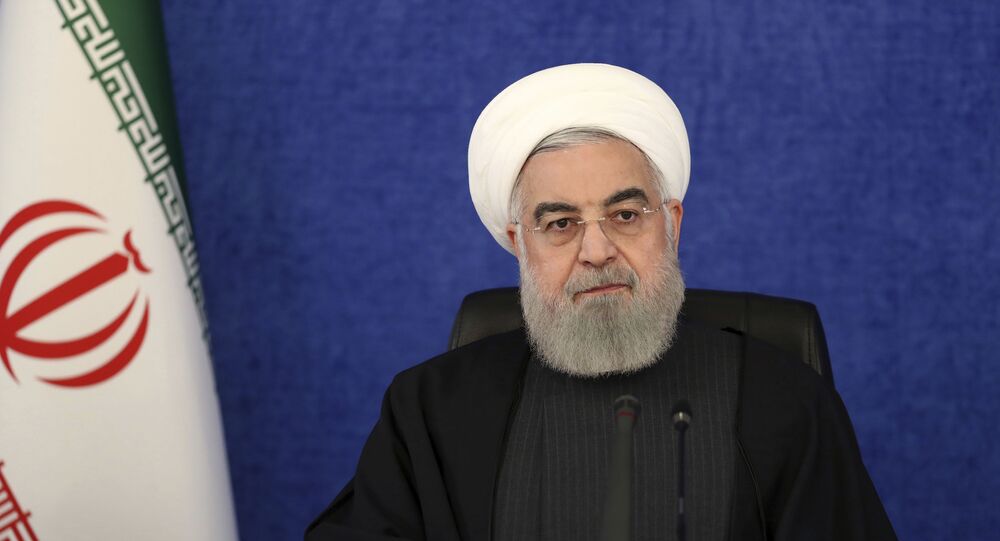 MOSCOW (Sputnik) – Tehran is capable of bringing the level of uranium enrichment to 90 percent but not for the purpose of creating nuclear weapons, Iranian President Hassan Rouhani said on Thursday.

“We can already enrich uranium up to 90 percent today if we show determination. However, we said from the very beginning that our nuclear activities are completely peaceful, we stick to our words and do not seek to obtain a nuclear bomb,” Rouhani said during a televised address.

Earlier this week, Iran informed the International Atomic Energy Agency (IAEA) of its intention to enrich uranium to 60 percent and intends to achieve this objective by next week. The announcement sparked international concerns, with the European Union calling the intention “extremely worrisome from a nuclear non-proliferation perspective” and noting the absence of any credible or plausible civilian justification for such a decision.

International nuclear organizations, including the IAEA, consider uranium to be weapon-grade if it is enriched to a level of 20 percent or more. Uranium enriched to 90 percent is usually needed for the production of nuclear weapons.

Iran began enriching uranium past the limits set in the 2015 nuclear deal after the United States quit the agreement in 2018 and reimposed economic sanctions on the Islamic republic.

Last December, the Middle Eastern country passed a law to increase its uranium enrichment and stop IAEA inspections of its nuclear sites in response to the killing of nuclear physicist Mohsen Fakhrizadeh. At the beginning of January, Iran’s atomic energy organization announced that the country had succeeded in enriching uranium at 20 percent at the Fordow Fuel Enrichment Plant.