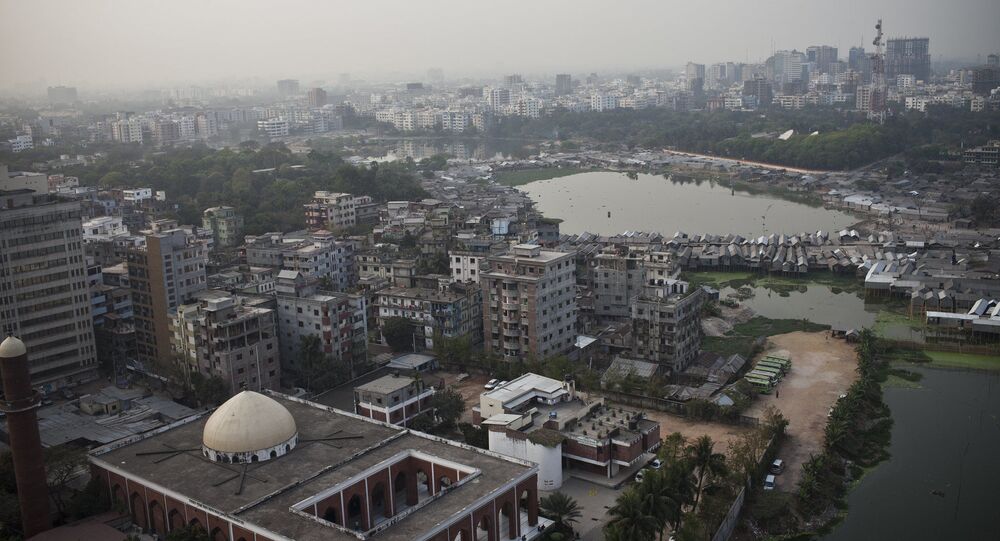 Indian Home Minister Amit Shah has triggered a major row with Bangladesh after calling its citizens poor, saying that they were illegally migrating to India for jobs. Dhaka says that the Indian minister is damaging ties between the two South Asian neighbours by making “factually incorrect” statements about Bangladesh’s economic situation.

“Such remarks damage bilateral ties between the two countries, at a time when we are enjoying such warm relations. Mr. Shah’s remarks have definitely hurt our sentiments,” said Chowdhury, pointing out that Prime Minister Modi had also made a visit to the country last month.

“The visit by Prime Minister Modi to commemorate the golden jubilee of Bangladesh’s independence marked a warm chapter in bilateral relations. It signifies the deep historic and cultural bonds between Bangladesh and India,” said the aid to Bangladesh’s Prime Minister.

“Therefore, as the president of the (India’s governing) Bharatiya Janata Party (BJP), Shah should refrain from making statements that would impact the bonds between the people of our countries,” remarked Chowdhury.

Shah, often described as the “second-most” influential man in India after Prime Minster Modi, told the Bengali daily Anand Bazar Patrika in an interview on Tuesday that Bangladesh’s poor were still crossing over into India for jobs.

“The poor (in Bangladesh) still go hungry and cross over the border… And they are not just staying in Bengal. They are in different states, reaching as far as Jammu and Kashmir,” Shah told the newspaper.

“The BJP will stop this infiltration of Bangladeshis into India if we come to power in West Bengal (a border state currently polling to elect its government),” the BJP leader said about the illegal migrants from Bangladesh in India.

An advisor to Bangladesh’s Prime Minister said that he “understands” that Shah was making statements against Bangladesh for the “consumption” of residents in India.

“Whatever he says in the context of Indian politics is none of our business. But he should avoid making references to Bangladesh,” stated Chowdhury.

He also pointed out that Shah’s remarks were not only “unfortunate” but also “factually incorrect”.

“How could he say that Bangladeshis are dying of hunger. We rank above India in the Global Hunger Index and several economic parameters,” he said.

As per Global Hunger Index 2020, Bangladesh was placed at 75 in the rankings, compared to India’s 94th position, among 107 nations.

“Shah was talking about the Bangladesh of the past. Under Sheikh Hasina, we have made rapid economic advances in recent years,” said Chowdhury.

“There are many wise people in this world, some who don’t want to see even after looking. They don’t want to understand. But, if he (Amit Shah) has said that, I would say that his knowledge about Bangladesh is limited. Nobody dies of hunger in Bangladesh. There are no Monga (seasonal poverty and hunger in northern districts of Bangladesh),” Momen told the Bengali daily Prothom Alo on Tuesday, as he reacted to Shah’s remarks.

Shah’s remarks have not only triggered strong reactions from the Bangladeshi leadership, but have also prompted strong rebuttals in the media as well as angry reactions on social media.

“Shah has a long history of making hateful, insulting remarks about Bangladesh. On and off, he insults Bangladeshis, going as far as describing them as termites,” said a column in Bangladesh’s leading daily Dhaka Tribune.

Bank Loans Worth $115 Billion to Be Recast as COVID Moratorium Ends: Source