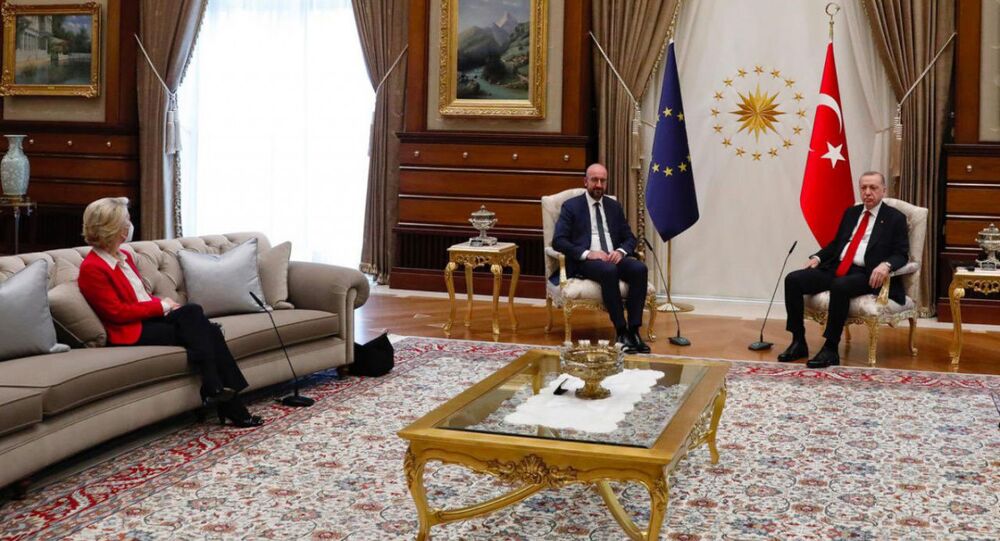 All eyes were on the first public encounter between the officials since the notorious Ankara seating incident last Tuesday, dubbed “sofagate” on social media.

Both sides’ readouts after the Monday face-off offered precious little details other than that the two presidents had focused on “topical issues,” with “constructive” discussions underscored.

However, the two teams reportedly failed to completely bury the hatchet.

Lesbos in Dire Straits as Germany Plans to Take in 1,500 Migrants From Island’s Refugee Camp – Video

Swedish Crown Princess and Her Husband Test Positive for COVID-19