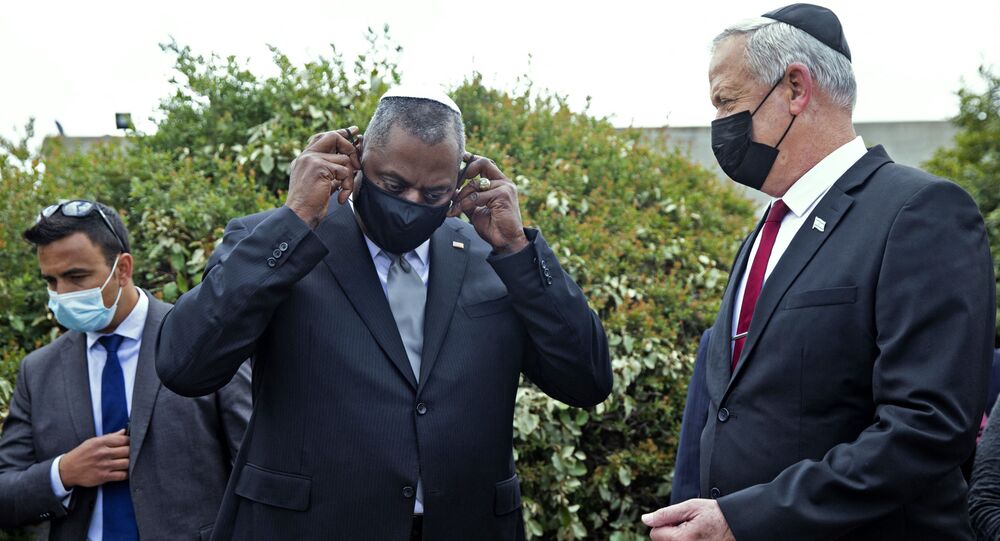 On 11 April, Iran’s uranium enrichment facility in Natanz was hit in what officials say was an “act of nuclear terrorism,” which caused a power failure at the plant.

Israeli Defence Minister Benny Gantz jokingly told journalist Or Heller that he will “twist his head off” after he asked the US Secretary of Defence Lloyd Austin to comment on the incident at Iran’s Natanz nuclear facility.

It happened when Gantz and Austin were visiting the Nevatim Air Base in southern Israel on 12 April.

Heller shared a video of Gantz’s reaction on Twitter.

​Austin did not react to Heller’s question in any way.

A US State Department spokesperson declined to comment on the situation around Iran’s Natanz nuclear facility and Tehran’s accusations of Israel’s involvement in the attack.

Israeli Army Says It Has Downed Drone Launched From Lebanon