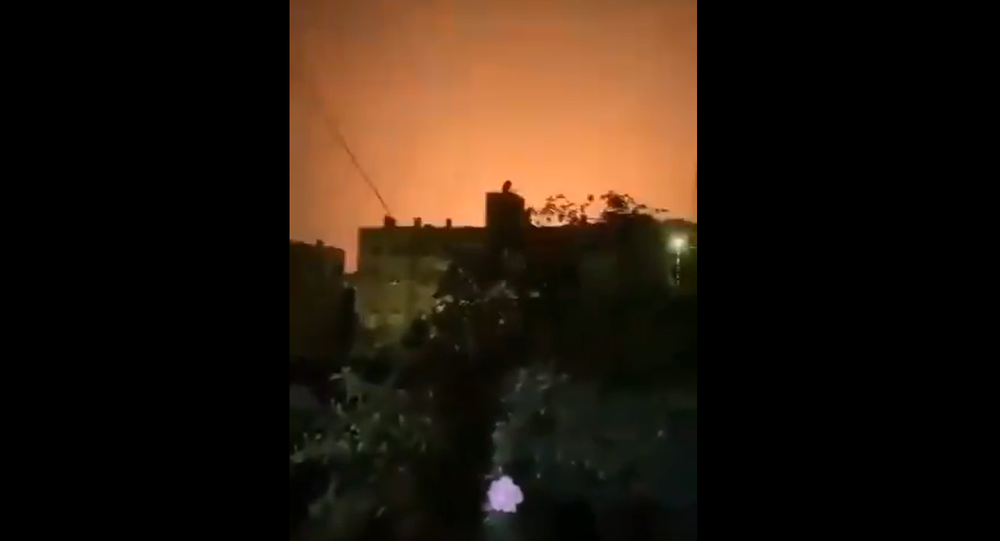 According to SANA, the attack came from the region of the Golan Heights and from Lebanon, with subsequent explosions heard in the sky above the Syrian capitial city of Damascus.

On Thursday, Syrian air defense systems responded to what was described as “Israeli aggression” in the southern region of the country, the SANA agency reported. The attack resulted in four Syrian soldiers wounded, and “some material losses” were sustained.

According to the report, a number of missiles were downed. Citing a military source, the agency said that the attack took place at about 00:56 a.m., local time.

SANA reported that the strikes came from the area of the Golan Heights and Lebanon. One of the air defense missiles reportedly “chased” an Israeli warplane over the border area, with an explosion heard.

Multiple explosions in #Damascus, #Syria during the reported airstrikes this evening. pic.twitter.com/zmG3ypQRwp

Video of a reported impact this evening in #Damascus, #Syria, unclear if strike or failed Air Defense pic.twitter.com/lkX0R2Dw3C

​​Earlier in March, Syrian state media reported that the country’s air defense systems had repelled “Israeli” airstrikes in the south of Damascus. Tel Aviv has not commented the reports.

Syria has frequently faced airstrikes recently, attributing them to Israel, with Tel Aviv targeting what it claims is Iranian-backed militia in the country.