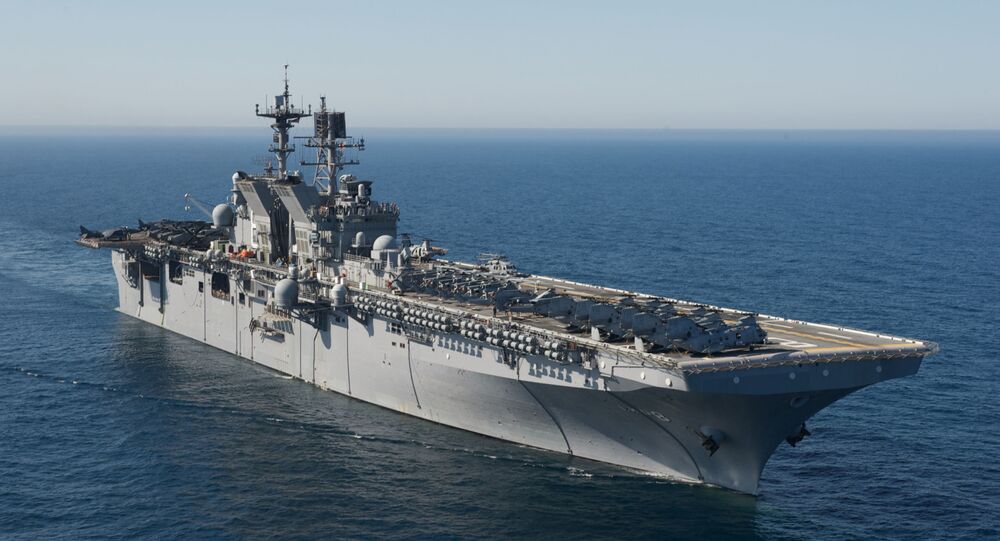 Although US shores are thousands of miles from the South China Sea, its spy planes have regularly combed the waters in recent years. It has also dispatched thousands of assault forces to conduct drills in the waterway, claiming itself to be the enforcer of the international rules-based order.

A second US aircraft carrier has entered the South China Sea amid rising tensions between the US and China. Several other warships have sailed perilously close to Chinese waters, including a destroyer on Wednesday that traversed the Taiwan Strait.

That same day, US Indo-Pacific Command tweeted photos of Makin crew members engaged in target practice with their M9 pistols with the caption “Sailors participate in a live-fire training exercise.” It’s unclear if the warship is engaged in other live-fire drills.

​An amphibious assault ship with an aircraft carrier flight deck and several dozen vertical takeoff aircraft, USS Makin Island sailed from the Persian Gulf with two other smaller landing platform docks: USS Somerset and USS San Diego. Together, they can carry more than 3,000 US Marines and their amphibious assault equipment.

However, with Makin Island out of the Indian Ocean, there is no US capital ship in the region for the first time since early 2019, as the Trump administration stepped up its “maximum pressure” campaign against Iran after withdrawing from the 2015 nuclear deal. Instead, command over US Navy Task Force 50 is being exercised from the French aircraft carrier Charles de Gaulle in the Persian Gulf.

In the South China Sea, however, the two US capital ships arrive in the midst of a tense standoff between China and the Philippines, as the latter continues to lodge official complaints about the presence of several Chinese fishing boats near Whitsun Reef, whose ownership is disputed between the two nations. China claims the boats are sheltering from stormy weather, but Manila says they’re part of Beijing’s maritime militia and there to stake out a claim to the reef.

Western media has made much of the presence of Chinese aircraft in Taiwan’s air defense identification zone in recent days, portraying the incident as an incursion of the island’s territory and a threat. However, the ADIZ is little more than a region in which aircraft are asked to identify themselves and are tracked on radar, and holds no legal importance. Taiwan’s ADIZ extends a significant distance beyond the island’s waters and even covers part of the Chinese mainland. 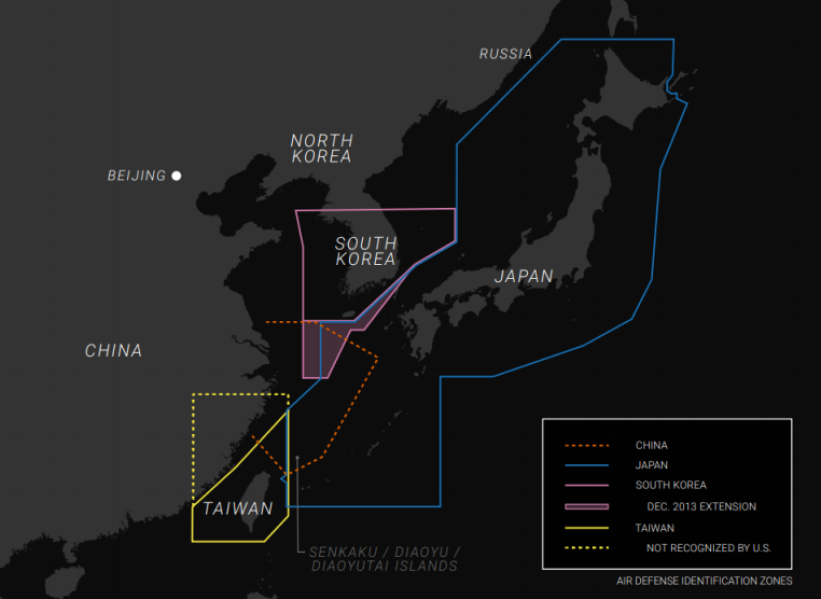 In addition, one US destroyer has been cruising close to the Yangtze River delta and another, the USS John S. McCain, engaged in the deliberately provocative action of sailing through the Taiwan Strait on Wednesday. China regards Taiwan as a province in rebellion, a position the US has formally endorsed as part of its normalization of relations with Beijing more than 40 years ago; however, in reality Washington remains the Taiwanese government’s largest backer.

On the other hand, the Chinese People’s Liberation Army Navy (PLAN) has moved its own carrier strike force, including the Liaoning and five other warships, into the South China Sea as well, according to the South China Morning Post. Accompanying Liaoning is the Type 055 cruiser Nanchang, the largest non-carrier warship in Asia.

US Sees Alaska Meeting With China as Stand-Alone Event, Not Start of Mechanism